Sometimes, I feel a bit like a walking paradox, like an “early bloomer” and a “late bloomer” rolled into one. 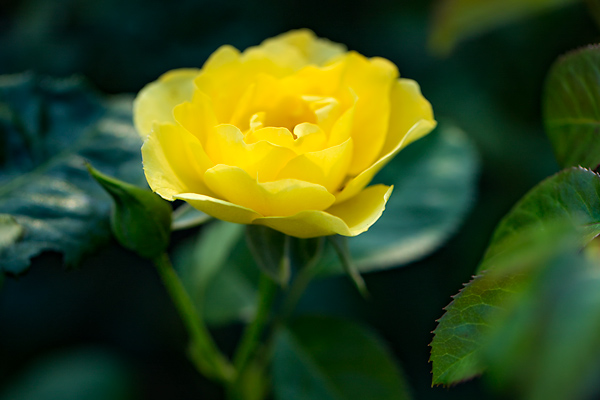 Is it possible to be both?

I've been thinking about this quite a lot lately reflecting back on my life as it unfolded during my childhood, adolescence, and early adulthood years, as well as looking at where I find myself now, as a mature woman, with so very many life experiences under my belt.

See, the “early bloomer” was always at least a good year younger than everyone else in my class beginning from first grade all the way through college, because instead of going into kindergarten at the age of five, my parents placed me into the first grade at the advice of teachers, and off I went.

I remember recognizing that it was an interesting thing to know what it felt like to already be in the grade that I was in compared to the other kids who were my age but a grade behind me in school—it felt a little like I got a “sneak peek” or a preview of something before others my age did.

On the one hand, when one is going from childhood to adolescence, a year can make a big difference because so much is happening both physiologically and emotionally during that time, and there is definitely a difference between a twelve year old and a thirteen or fourteen year old—that aspect wasn't easy.

But it did compel me to rise to the occasion, to become on level with my peers who were older than I was, and to most likely mature in some ways much faster than if had I been with the kids that were my own age.

All of this meant that I graduated from high school while still sixteen, and then left Michigan for California to attend school just one month after turning seventeen.

And then by eighteen...

Well, by eighteen, I was married.

And by twenty one going on twenty two, I was a new mother

And by twenty four, I found myself in the midst of a divorce.

Talk about experiencing the gravity of life and all of its accompanying issues early on.

I had no choice but to grow up almost instantly, while also still trying to navigate what it meant to be a young woman, in my early to mid twenties, finding my way, my identity, without feeling like I had much wiggle room for experimentation, nor freedom for some of those missteps that one is often given a pass on when at that age.

But it was all good for me.

I was my life, complete with its ups-and-downs-and-all-arounds.

And I wouldn't change one thing, truth be told, not one experience, even though situations often thrust me into areas well beyond my pay grade many times. Moments of bleakness certainly set in, even if I did have support from my loving family.

But as it does, life moved on, moved forward.

And I continued to mature, placing one foot in front of the other.

I continued to gain greater understanding of how life works.

And by the time my (now) husband Michael came into my life six years later (we had actually been good friends in our late teens but had lost touch), I was beginning my process of seeking out and truly getting to know me, Ingrid, apart from the other roles I inhabited.

I'm only now beginning to feel more comfortable in my own skin, and not feel so ashamed of some of those choices in my earlier years that caused some difficulty...

I was becoming more aware, over time, of the fact that I had a voice within me that longed to be expressed, that I had gifts and talents that longed to be shared, and a spirit that empathized with the “outsider”, because that's who I found myself to be, in a lot of ways.

But it was all only just beginning to get fleshed out; and that's what brings me to the part of myself that is the “late bloomer”...

It didn't come to me until age twenty eight that I actually was a good and capable cook, and that I had a latent talent for flavor combinations and recipe development.

It didn't come to me until just a handful of years ago, that I should actually share my thoughts through my writing, publicly.

This late bloomer has only now begun to become aware of the many colors I have within me.

I've only just begun to genuinely and deeply explore how I'd like to express myself to the world, and what that actually looks, feels, smells, and tastes like in practical terms.

I'm only now beginning to feel more comfortable in my own skin, and not feel so ashamed of some of those choices in my earlier years that caused some difficulty and that, perhaps, weren't so pretty and easily understood by others, but that contributed greatly to who I am today, none the less.

I'm just now beginning to enjoy some of these little things like going out on the town and sipping craft cocktails with my husband at a neat little bar on a Friday or Saturday evening; or getting a tattoo (or two, or five) that artistically expresses something that is meaningful to me.

And these are just a couple of little examples.

This is all stuff that most people experience at a much earlier age, but I'm only now just enjoying and coming into my own with.

There are indeed many things that I have yet to taste that I still long to; but these days, the prerequisite is that they must contribute in an expanding way, one that will help me to grow into my best, most authentic self that contributes something of value to the world.

So while I tasted and experienced some of life's slightly more “advanced classes” earlier in life, now is the time for me to bloom in full technicolor and glory, taking all that I've learned so far, and discovering what latent gifts God has placed within me to enjoy and to also share with others.

At this point, the goal is to season everything with maturity, wisdom, and understanding, and to be conscious of what it is that I am tasting.

Are you an early bloomer? A late bloomer?

Our stories are still ongoing, and I'm grateful for that—grateful that it's never too late to experience ourselves bloom in full color and strength, no matter our age, no matter our pasts.

“From The Heart” is a space for me to share some of my more personal thoughts on life. Here you'll find my reflections on my own inner/spiritual journey; on being a wife and mother; on being a creative; and general observations, pretty much whatever is on my mind.

I whole-heartedly believe that sharing 'from the heart' with one another is what connects us, heals us, and inspires us! Glad you're here...