These soft and twinkling weeks between the Thanksgiving holiday and Christmas are by far my favorite in the grand scheme of a year. 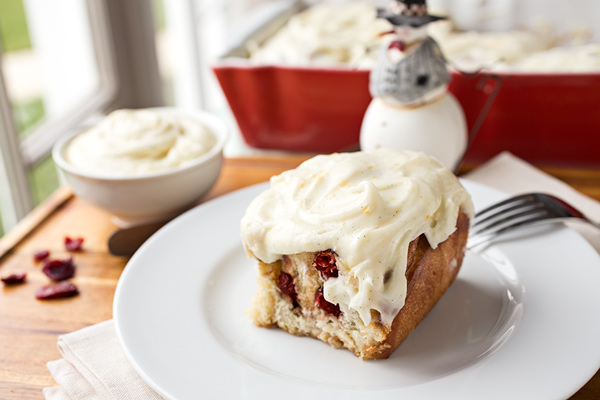 In these weeks, we seem to relax a little and allow a bit more childlike merriment and light into our daily lives as we anticipate the holidays, and all of the fragrance, crispness and coziness that they so beautifully offer us to enjoy.

I'm not sure what exactly it is, but I've been noticing my own feelings towards this particular little block of time for the past several years now, and the comfort and warmth that it brings my heart; and all that I long to do is hold on to this glistening silver-y time, make it last, and be present and awake to experience every moment of its shining preciousness. 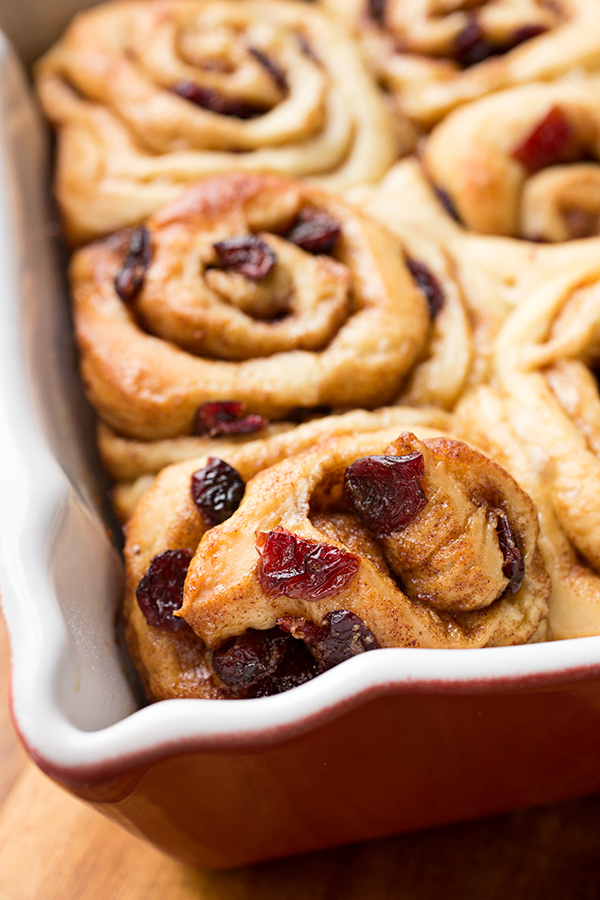 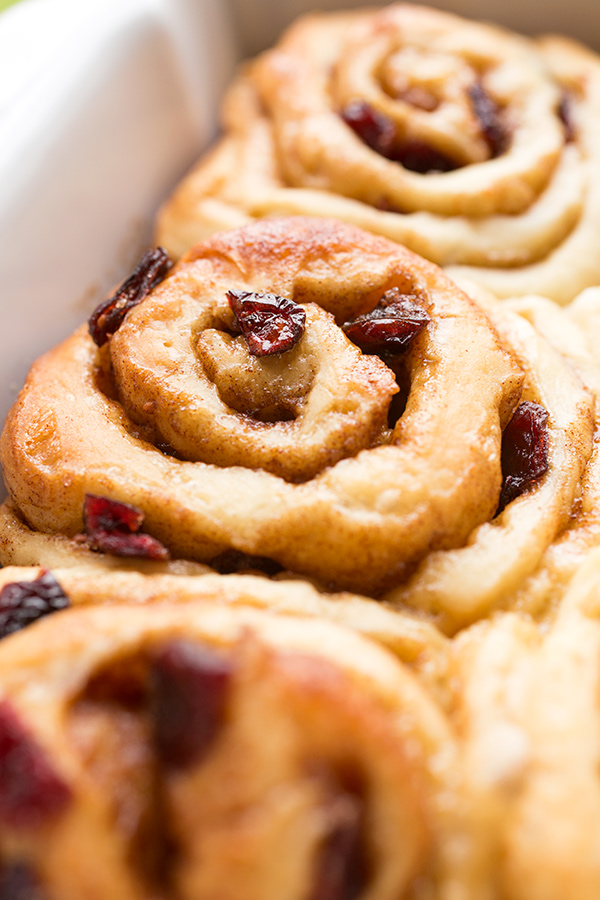 Just like so many of you, we begin decorating our little home with a few sparkly and whimsical touches that allow us to get lost in a sort of sweet innocence, and create a twinkling atmosphere of coziness, peace and joy to rest our souls in.

There's our little tree, with its clear, crystal-like lights that we dim to a low setting for a bit of sparkle; our little snowmen, who adorn the little nooks and crannies in our living rooms; and the tiny votive candles that gently illuminate and flicker.

There's a certain coziness and comfort in these glistening little accoutrements, and somehow they open us up and soften our hearts in preparation for the season. 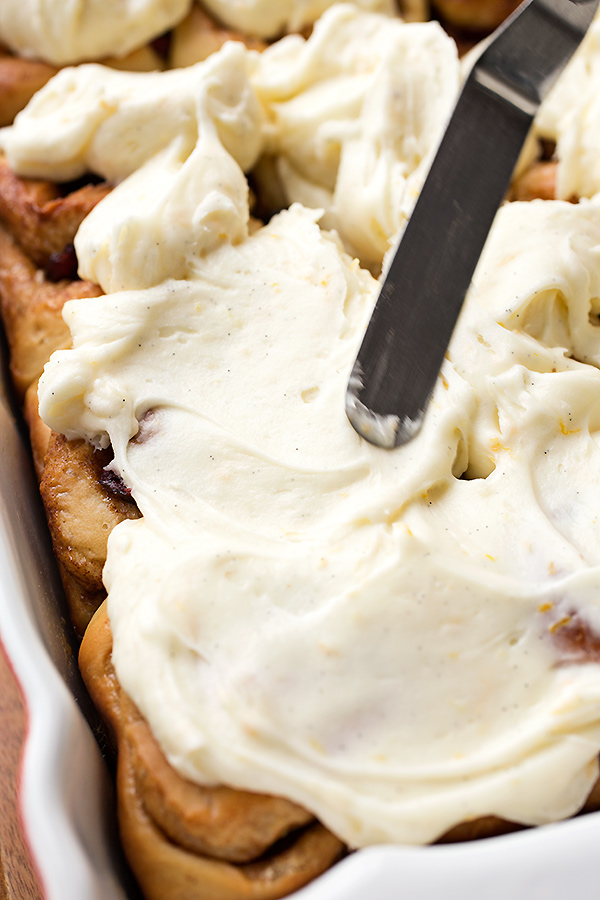 It's as if this window of time offers us a special and unique opportunity to think consciously of all that we hold dear in our lives, of all of those that we love with all of our hearts, and of all of those often quiet and divine dreams that we keep and hold way down deep inside that we don't reunite and visit with as often as we know we should.

The soft twinkle of the Christmas season has now come upon us once again, and it longs so desperately to be tasted to its fullest flavor, and ingested so that it may nourish and replenish us deeply and completely.

It illuminates and brings to the surface those things that we would like to experience more often in our lives, like sharing, connecting, and being as little children are, all wide-eyed and moldable, who dwell in the moment and look for those things that are good, loving and kind in life. 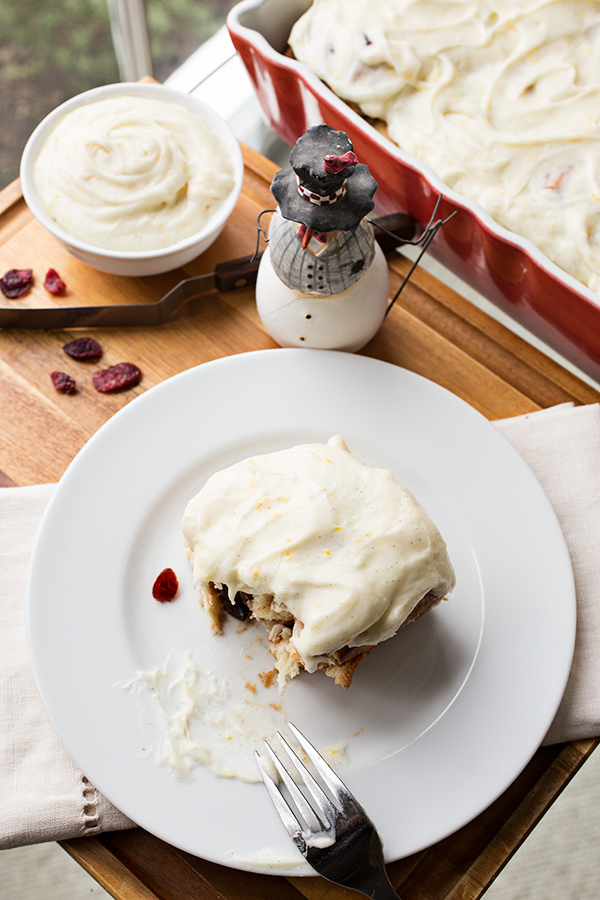 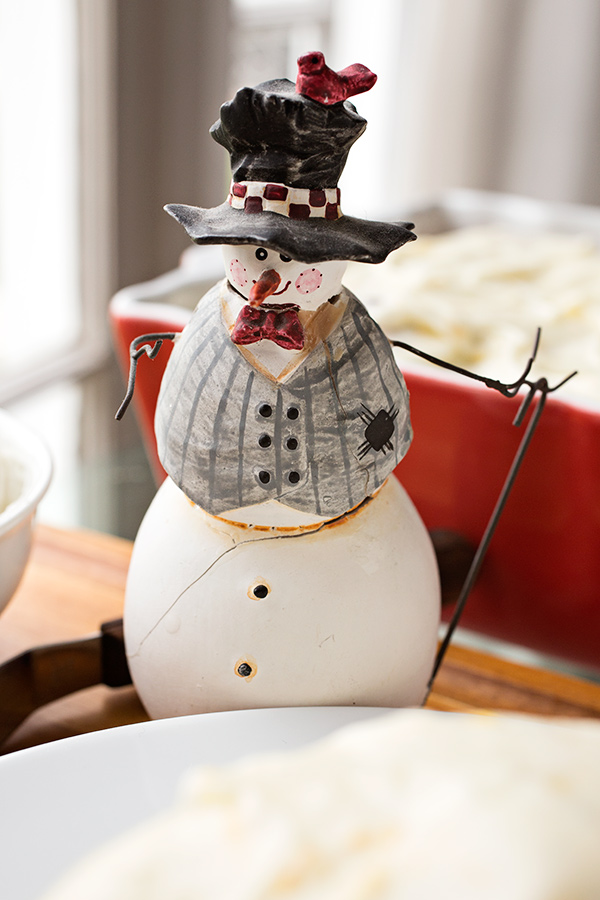 These weeks give us the opportunity to prepare ourselves, to prime ourselves, for the light that we are invited to receive, so that we may go into yet another new year fuller and more satiated with love, compassion and the willingness to do for others what we wish to be done for us.

And it all begins right now.

The seed can be planted in these weeks that glow, and are ready for us. 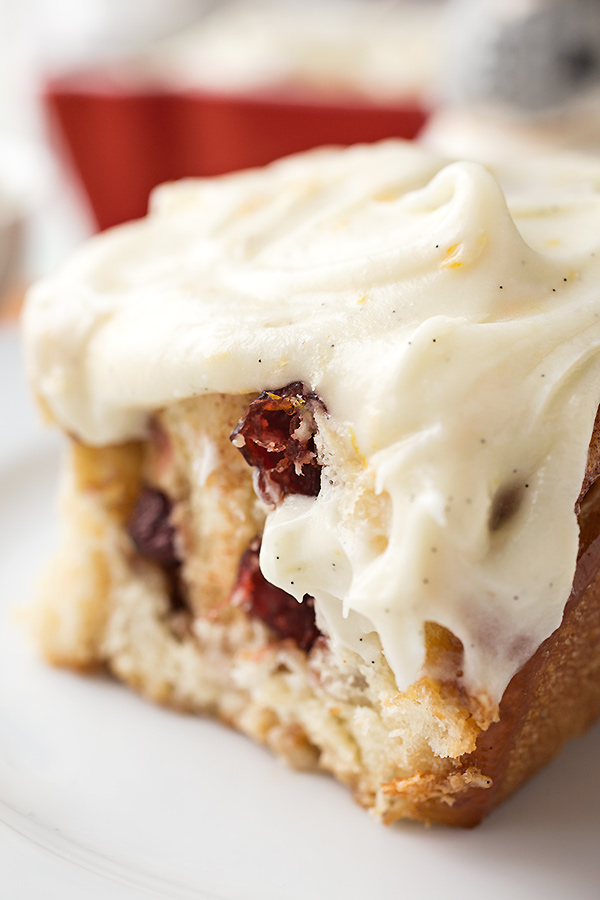 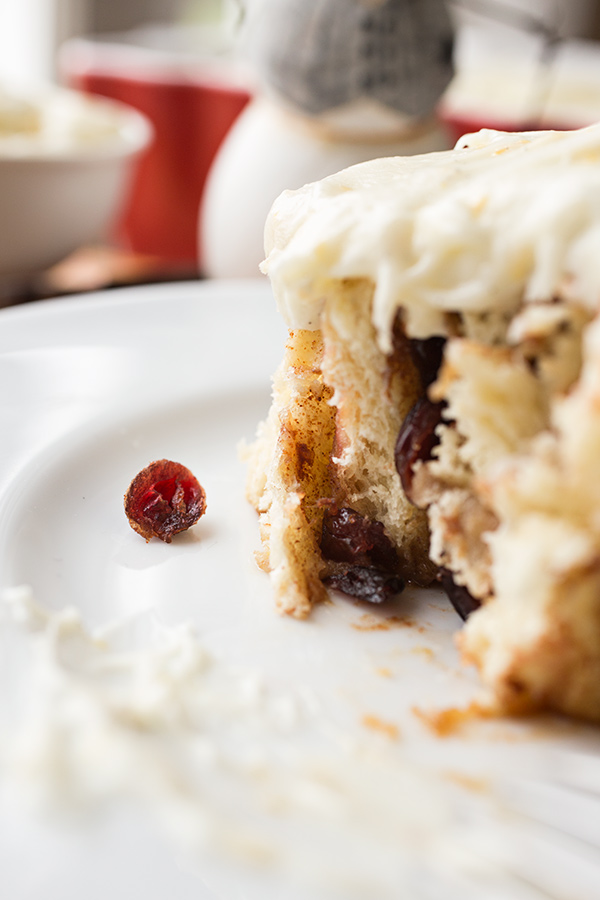 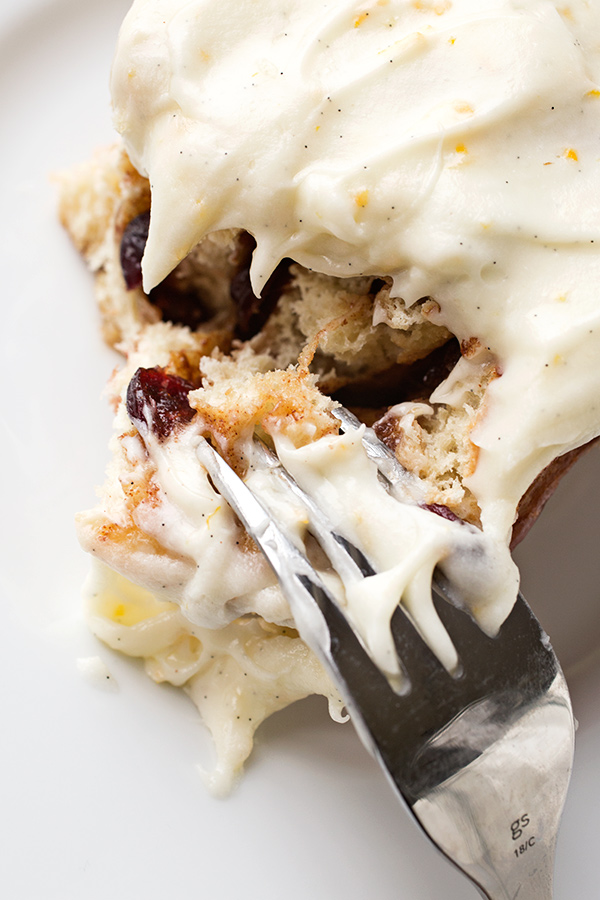 So may we all find the little ways to return to innocence, joy and merriment; may we find happiness in the little touches that make our lives more cozy and sweet-smelling, like fresh-baked, fluffy “Christmas Morning” Cinnamon Rolls hot out of the oven, just because right now, we can.

The time is perfect.

So here's to finding what makes this season twinkle magically and brilliantly for you, that you may be filled with love's potential, and be warmed and made cozy, and filled with a little awe and wonder. 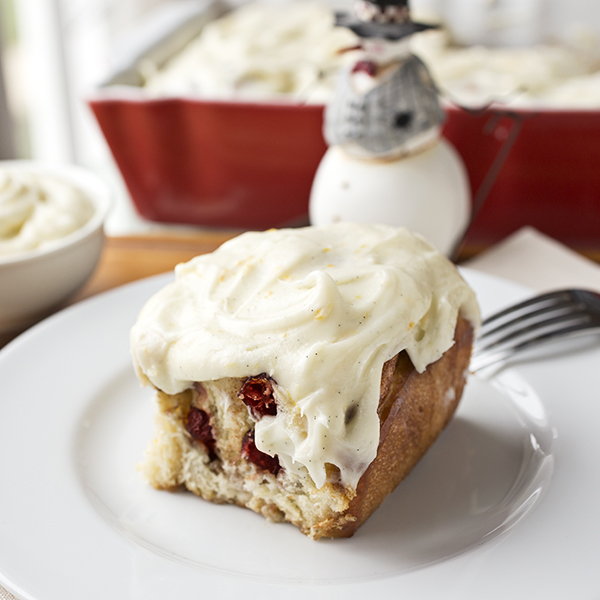 (*The addition of the mashed potato creates a specifically “pillowy”, light and fluffy roll, without adding any additional flavor. Prick a large russet potato with a fork a few time, place into microwave, and cook for about 5 minutes, or until tender; once cool enough to handle, cut the potato in half, and scoop out the flesh, discarding the skin; either mash the flesh until lump-free, or put it through a potato ricer, the best choice.)

-To prepare your dough, add the ¼ cup of warm milk to a small bowl, add in the teaspoon of sugar, and mix to dissolve; next, sprinkle the yeast over top in an even layer, and using a fork, mix to dissolve; allow the yeast mixture to sit for about 10 minutes, until foamy.

-While the yeast activates, add the 1 cup of milk, the butter, the ½ cup of sugar and the salt to a small sauce pan, and gently heat the mixture until the butter is melted; whisk to blend, and allow to slightly cool.

-Next, add the milk/butter/sugar/salt mixture to a large bowl; add in the vanilla extract, mashed potato and the eggs, and using a hand mixer, mix on low until well blended, about 1 minute.

-Next, add in 2 cups of the flour, and mix that in until blended.

-Pour in the yeast mixture, and mix that in to incorporate.

-Now, working with a wooden spoon, add in the remainder of the flour, and mix that in until a shaggy dough forms.

-Turn the dough out onto a work surface sprinkled with more flour, and knead the dough for about 4-6 minutes (you may need to continue to add sprinklings of flour), or until elastic; lightly oil a large bowl, add the dough in, turning it to coat it lightly in the oil, and cover with plastic wrap.

-Place the bowl in a warm spot in the kitchen (I place mine in my microwave oven with the door closed, or a lightly warmed oven), and allow it to double in size, about 1 hour 20 minutes.

-While dough is rising, prepare your filling by adding the ¾ cup of brown sugar and the cinnamon to bowl, and using a fork or your fingers, blend to combine well; set aside.

-Once the dough has doubled in size, punch it down; turn it out onto the lightly floured work surface, and roll out into a rectangular shape about ¼” thick (it will be fairly large).

-To fill, spread the ¼ cup softened butter over the dough leaving about a 1” border; then, sprinkle over the brown sugar/cinnamon mixture.

-Next, sprinkle the cranberries over the cinnamon/sugar in an even layer.

-Roll the dough starting from the top downward, rolling as tightly as possible, and pinch the seam closed.

-Cut the dough into about 16 rolls (plus or minus), and place the rolls into a buttered or cooking spray-misted baking dish, or a couple of 9” cake tins; cover with plastic wrap and allow the rolls to double in size, about 45 minutes. (**If preparing the rolls the day before, just place the rolls in your baking dish or pans, cover tightly with plastic wrap, and refrigerate overnight or up to 24 hours; when ready to bake, take the rolls out about 1 ½ hours before hand, then bake as directed below.)

-Allow the rolls to cool for about 10 minutes before frosting.

-With a small paring knife, split the vanilla bean in half and scrape out the vanilla “paste” that is inside; set the paste aside for a moment.

-Add the softened cream cheese and butter to the bowl of an electric mixer fitted with a paddle attachment, and add in the vanilla paste and the orange zest, and cream the together until fluffy.

-Add in about ⅓ of the powdered sugar, and cream on low until combined.

-Add another ⅓ of the sugar, and combine.

-Add the rest of the sugar, plus the 1 tablespoon of milk, if needed, and mix until fluffy.

-Use immediately, or store in a covered bowl/container in fridge until ready to use.