The moody and melancholy light of the autumn coupled with that chill that lies just beneath it has a way of leading me into a reflective state of mind each and every time it makes its annual appearance. And it’s been this way, without fail, for as long as I can remember now. The fall is my favorite time of year, and I’ve often wondered why exactly I am drawn to it the way that I am. Perhaps it’s the golden hues and streaks of pink that infiltrate a washed out early-evening sunset; perhaps it’s the leaves that morph from one other-worldly color to the next with each blow of the cool, northern wind; perhaps it’s the shedding of the old that takes place so that the new can grow in place of it soon enough; or perhaps it’s all of that gloriousness coupled with the seed that had been planted in me long before my consciousness came alive — that seed that in its perfect timing would sprout and grow to reveal what has been created in me in all of its fullness, and awakens in the fall. This time of year is filled with sweet sorrow for me — a joy and gratitude for what is, and a slight yearning melancholy for what yet isn’t — and it stirs the waters of my soul that had laid still in the lazier, warmer season but are now coming alive once again as the year draws ever nearer to completion. Interesting how that works… 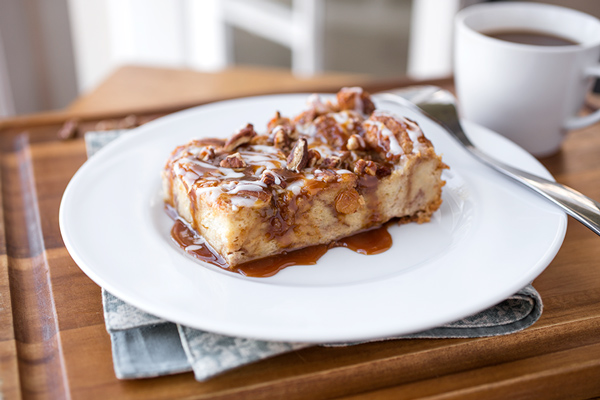 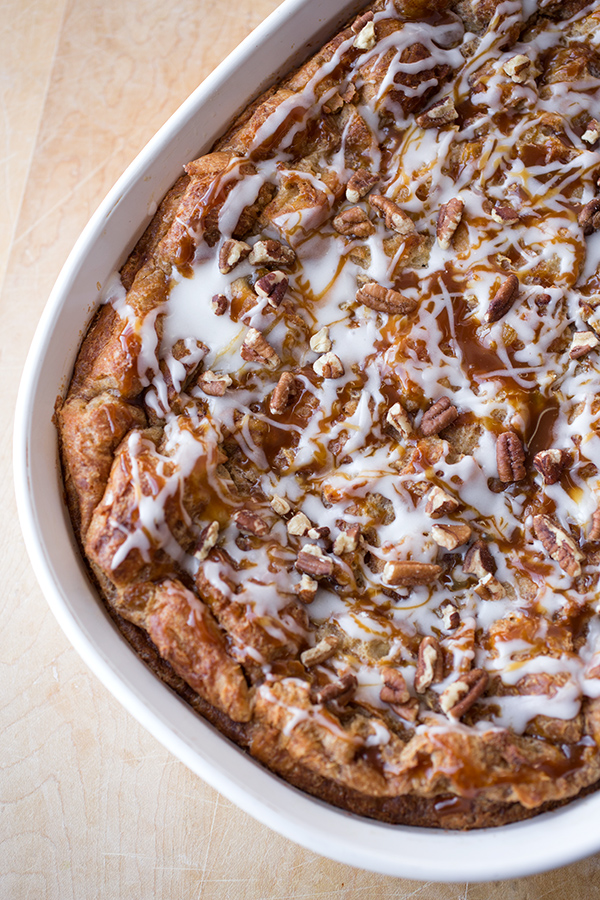 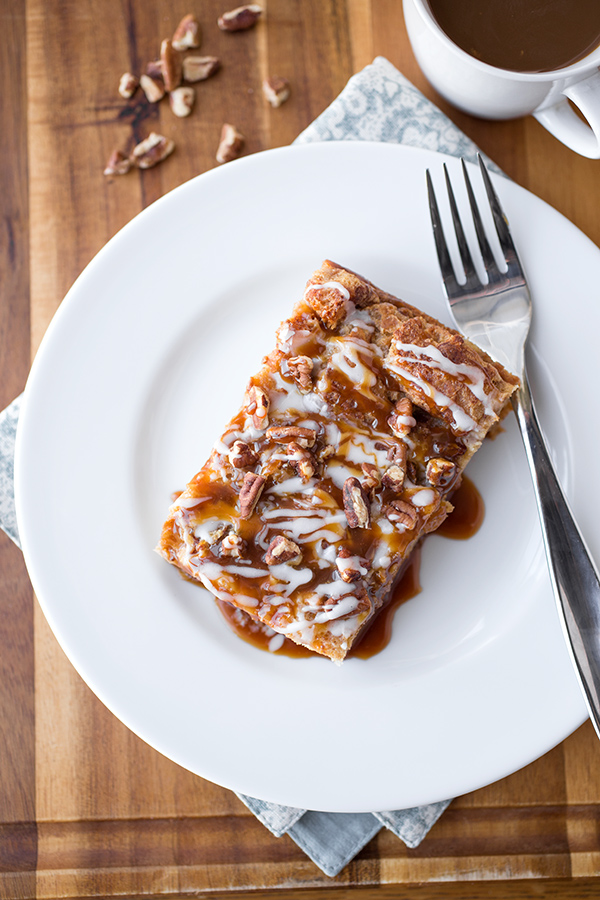 I’ve noticed that when each new autumn makes its way in, it seems to raise the stakes for living just a little. The desire within me to find the completeness of who I’ve been created to be grows stronger with each pass the fall makes; and with each playful and prompting tug at my heart strings it causes, that self-scrutinization becomes the name of the game now. Within me there is both the longing to zip myself up from head to toe in childhood-like pajamas, complete with “footies”, to create a barrier between myself and the world, and a desire to strip down out of the old ways and reveal a new skin, a new mind, a new way of being, and expose that to the twinkling, cleansing light of a new day — it’s a good kind of struggle. I can know that I am alive with every fiber of my being at the feel of a struggle like that. 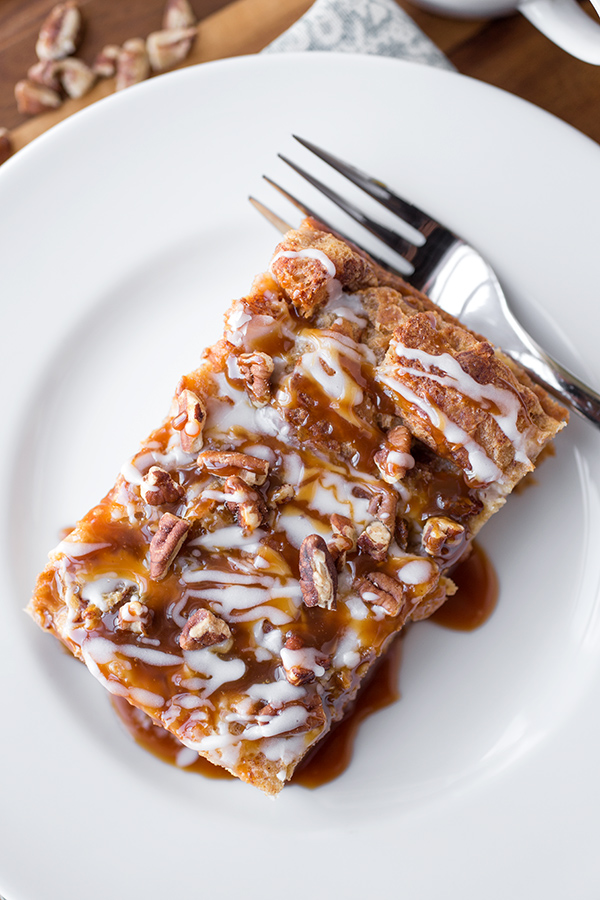 Momentary bites of bliss from a puffy, warm, sticky and spicy cinnamon roll breakfast “soufflé”, coupled with a hot cup of morning coffee, give sweet solace and comfort to me during times of reflection and of digging into myself. They offer soft, delicious distraction, and a gentle reminder that it’s the little things all around — the little moments — that create a whole life when built upon themselves. And they remind me that I’m not done yet; I’m still a work-in-progress. I’m still in the midst of taking bites of the things that each moment holds, and am building a life that will eventually be revealed in its totality and spring from that seed that’s currently sprouting — “growing pains” in the truest sense. 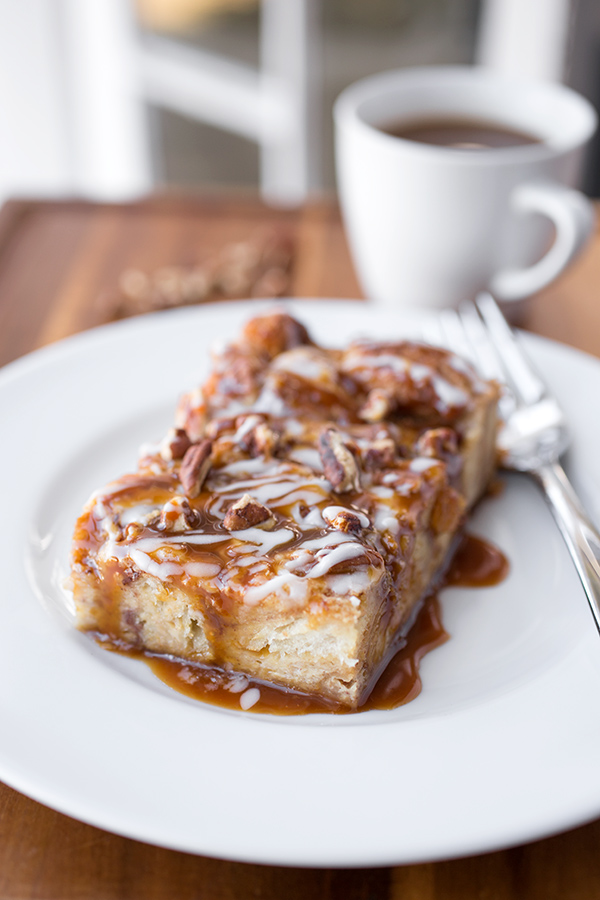 By now I fully know that the autumn tends to coax me into reflection using its beautiful shades and cool demeanor, and I don’t mind it one bit. Actually, I fully welcome it. That seed that was placed within me at the very point of my spirit’s conception tends to respond to this melancholy season and wiggle around in me just a little as it grows and flourishes there in my center; and I’m led into newness, even if I can’t tell so much in that moment. It is the accumulation of the many autumns that have pulled at my soul that reveal the quiet progress towards personal completion. It’s the totality of the many little bites taken of the sweet cinnamon roll “soufflé” — of life — that some day can be looked at. But for the present moment, I’m grateful to have my waters stirred, and to reflect a little on where I am now so that I can be glad that I am at all.

Taste what’s good and pass it on. 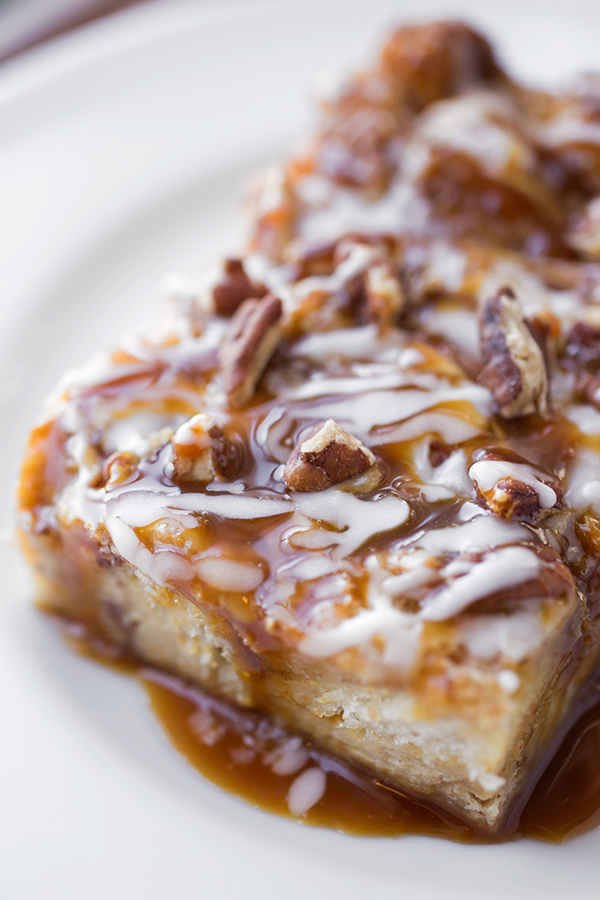 -Preheat the oven to 350°, and butter a medium-large baking dish.

-Place the cubed cinnamon rolls and the raisins into a large bowl; set aside for a moment.

-Bake the breakfast “soufflé”, covered with foil, for about 35 minutes; then, uncover and bake another 30 minutes until set, and golden-brown and puffy.

-Remove from oven and allow to just slightly cool for about 10 minutes, then drizzle the top with the caramel sauce and the Creamy Icing, and top with the toasted pecans; serve while warm.

-Whisk the powdered sugar together with the half & half until thick and creamy; keep covered.

Her full bio is here.

Welcome to The Cozy Apron—so glad to have you as a guest at my table! Here's where I share my passion for food, people and life through my culinary creations and my writing; and where my husband shares his love for food photography and all things visual. MORE...