Deliciously puffed to golden perfection, my bread pudding is a delectably cozy, comforting and warming dessert to share with your loved ones. Prepared in individual ramekins for easy serving, this scrumptious bread pudding recipe is made with buttery challah bread, and comes with a rich and creamy spiced rum sauce to pour over top! 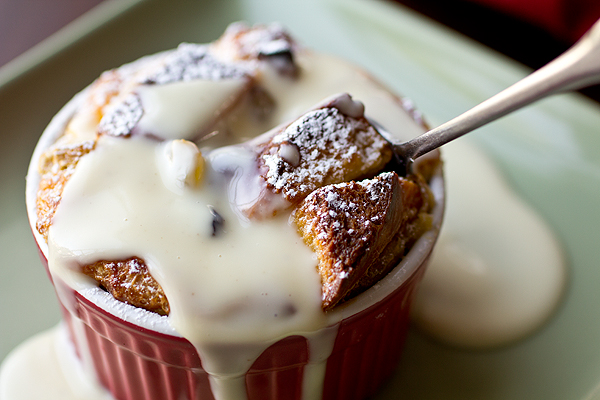 For some reason, my child-like imagination sees it as the choice of dessert in the festive dinner scene at the end of Charles Dickens's “A Christmas Carol”, something that everyone gleefully tucks into with spoons in hand as a sweet finisher to a marvelous, holiday meal.

I'm a bit of a romantic, and funny enough, for me, bread pudding is a dessert that is actually quite romantic in a rustic, comforting, and warming sort of way.

It's a simple dessert to put together with no real hard-core measuring involved, or too many ingredients, just a rich, velvety custard whisked together with aromatic spices, poured over cubes of bread, then baked until golden, puffy, and slightly creamy in the center.

I simply adore bread pudding, and find it an absolutely terrific dessert to serve for festive occasions such as a part of a holiday spread, or even as a simple dessert in the colder months when its warmth is utterly inviting and appreciated.

And to make this particular bread pudding recipe extra special, I use buttery challah bread, and prepare a warm and creamy spiced rum sauce to pour over top.

For me, homemade bread pudding is a way to add a sprinkle of magic, coziness and sparkle to any meal, especially a holiday meal.

It's a wonderfully sweet and timeless dessert, a true classic that not only warms the belly, but the heart as well! 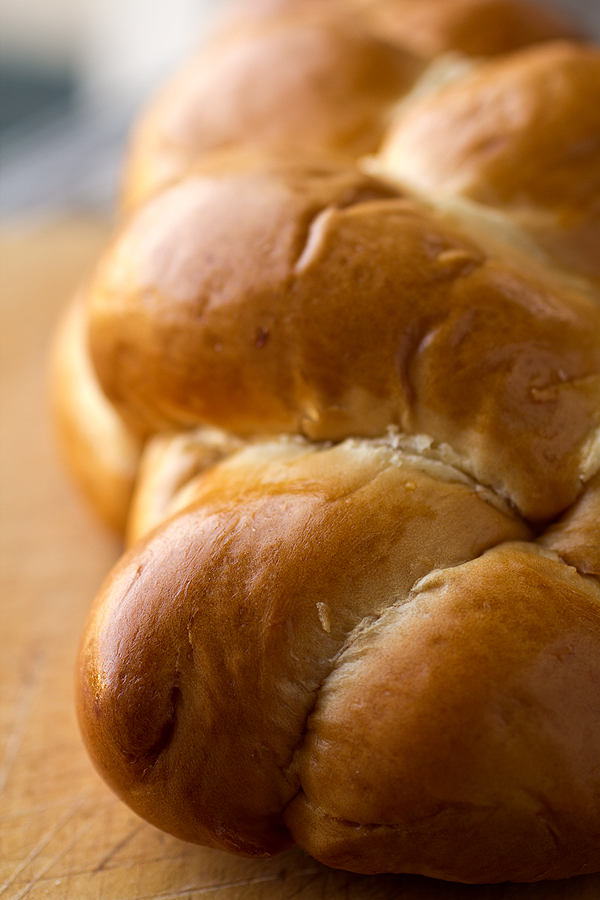 One of the most scrumptious aspects of a bread pudding recipe is the warm sauce that is poured generously over top of it as a sweet finishing touch.

Velvety and rich, a tasty “hard” sauce infused with a little kiss of rum is a wonderful accompaniment. The terrific thing about having a bread pudding sauce like this on the side is that it's up to an individual to enjoy as much or as little as they'd like. It can even be left off altogether, especially when young children are being served.

But preparing bread pudding is quite uncomplicated, and when served in little individual ramekins such as with this recipe, it makes for a fun presentation (though one could easily prepare this recipe in a larger casserole/baking dish without any problem).

Here's a peek at how I make my bread pudding with spiced rum sauce: or just jump to the full recipe further down...) 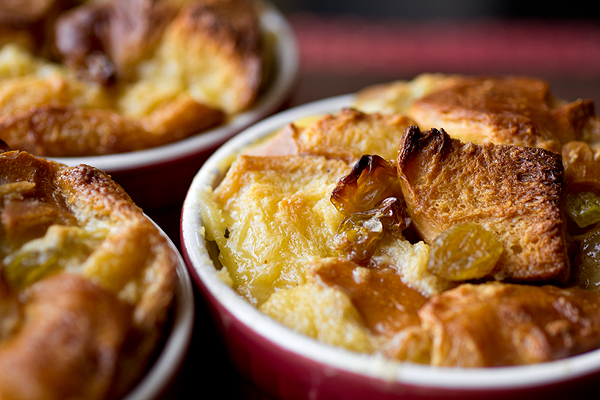 Warm and cozy, this bread pudding comes with a rich and creamy spiced rum sauce to pour over top—a perfect holiday treat!

Tips & Tidbits for my Bread Pudding with Spiced Rum Sauce: 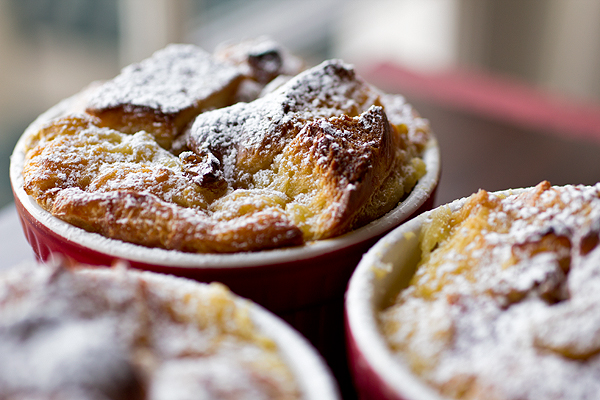 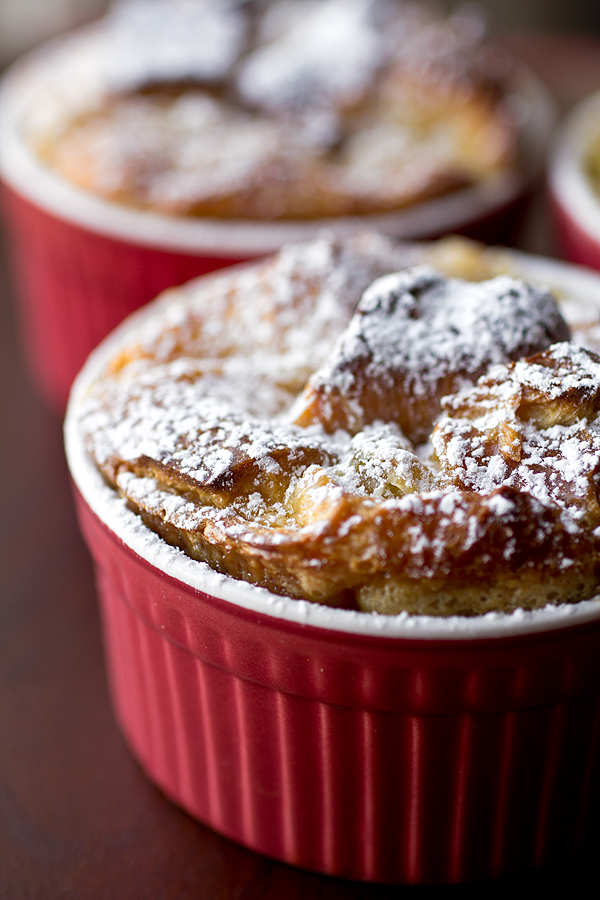 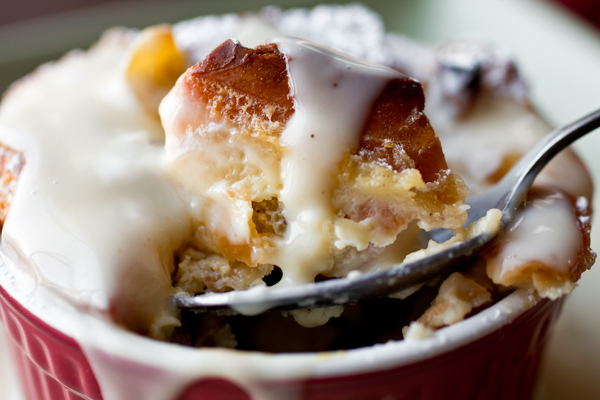 Cook's Note: This recipe was originally published in 2012, and has been updated with even more love!