These scrumptious breakfast potatoes crisped up with bacon, onions, and bell peppers are the perfect savory accompaniment to your eggs, toast, or any other favorite morning meal! 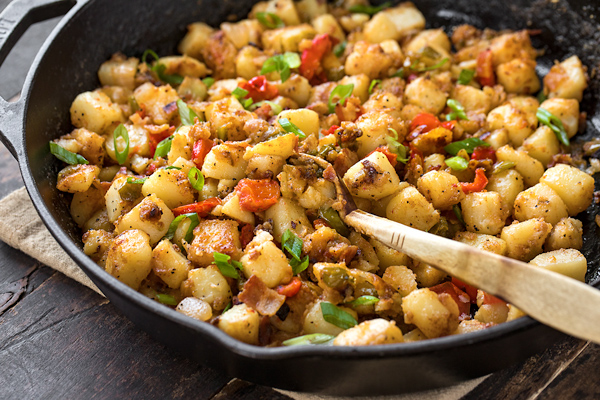 When I think about “lazy” Sunday mornings in our household, I can't help but imagine either my hubby or our son at the stove, preparing their favorite savory breakfast potatoes to go with their eggs.

My guys will take their sweet time peeling and then meticulously dicing potatoes into small cubes before adding them into a hot skillet with some hefty dashes of spices and seasonings, and perhaps some other tasty little morsels. Let me tell you, they make those potatoes look (and smell!) so good!

I've loaded my version up with all sorts of flavorful, savory-smoky ingredients, made them nice and crispy, and perfect to serve up on a “lazy” Sunday morning or any other day of the week! 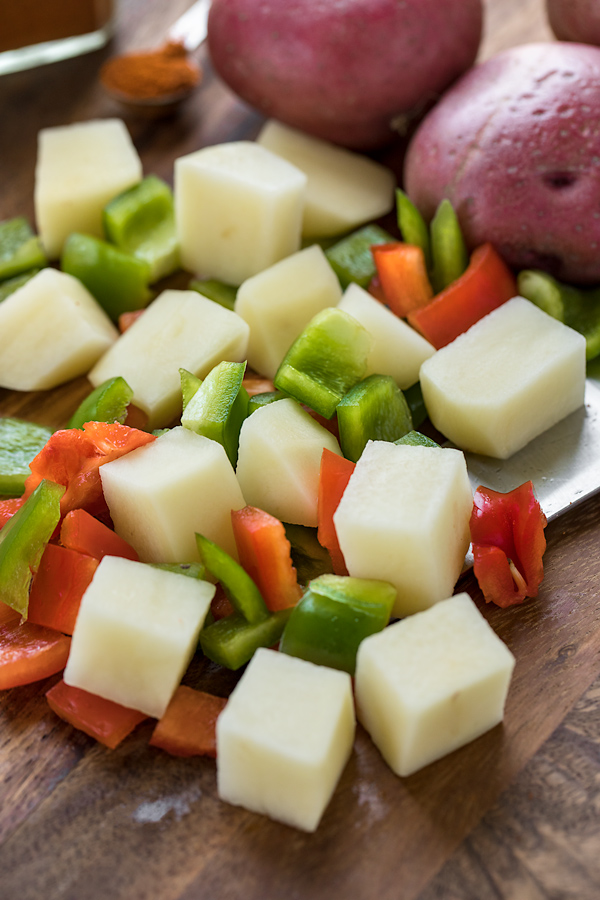 How to Make Breakfast Potatoes

Because I'm using red potatoes here for my recipe, the cook time is right around only 20-22 minutes in the pan. I find that red potatoes actually cook up quicker than russet potatoes because they're a bit less starchy!

And those tasty added morsels? My favorites are a handful of chopped bacon, some diced onion, plus some diced red and green bell peppers.

I also happen to love the taste of a good sprinkle of smoky spices, so I liberally shake in some smoked paprika, regular paprika, black and white pepper, and some granulated garlic and onion.

Here's a glance at my breakfast potatoes recipe: (or just jump to the full recipe)

The taste of these breakfast potatoes is out of this world—your eggs and toast will love being all nestled up next to these! 😉 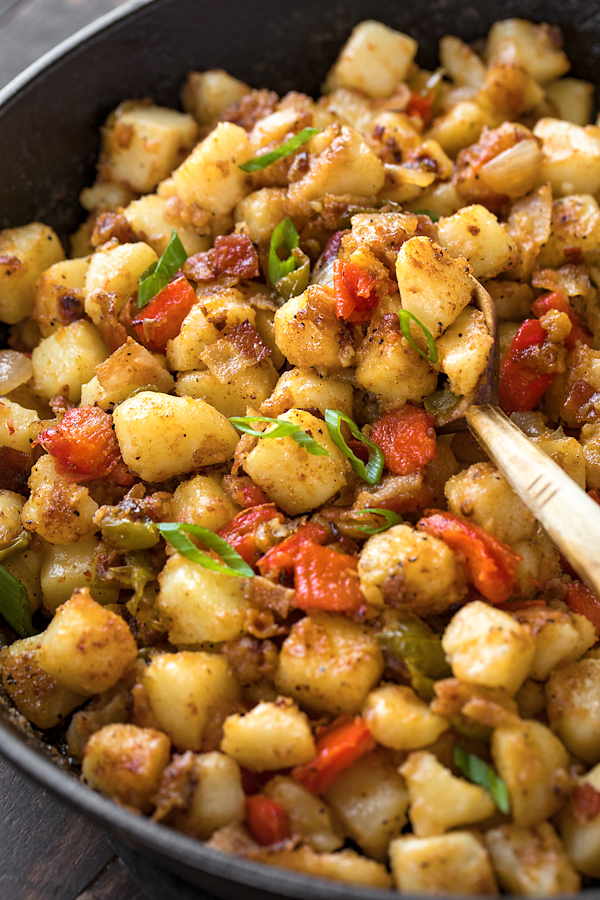 These breakfast potatoes crisped up with bacon, onions, and bell peppers are the perfect savory accompaniment to your favorite morning meal!

Tips & Tidbits for my Breakfast Potatoes: 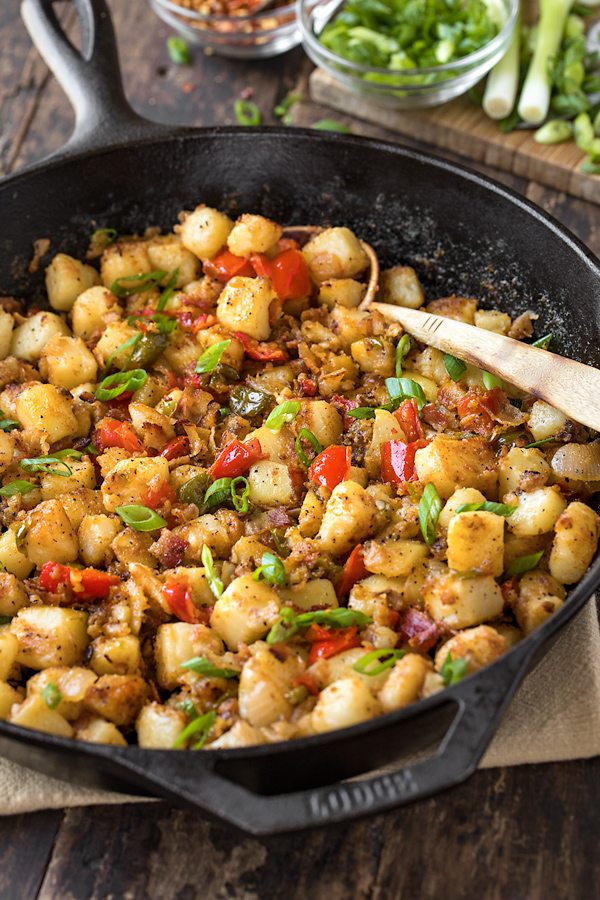 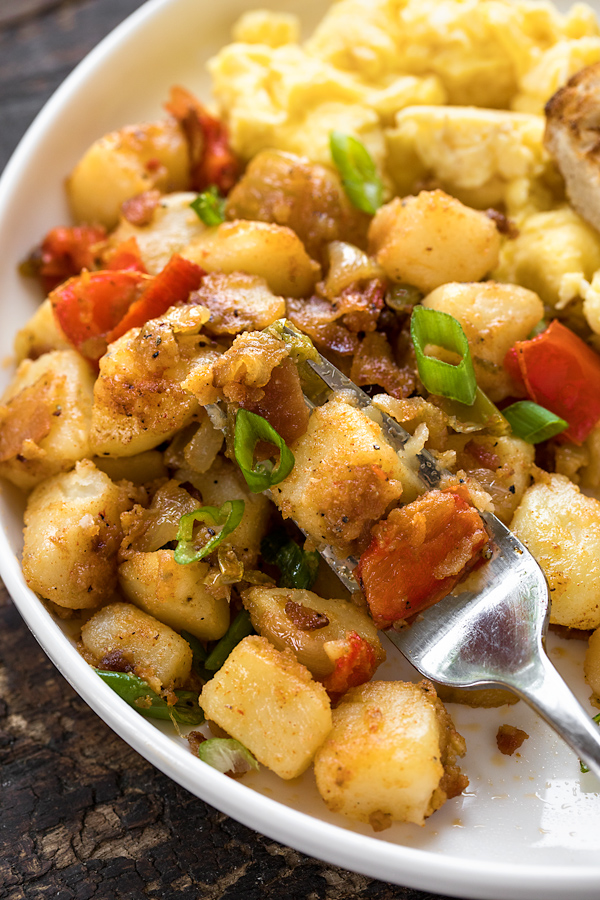 Hungry for more potato recipes? Take a peak at these Hash Brown Potato Cakes, these Roasted Potatoes, these Garlic Mashed Potatoes, or this Sweet Potato Hash!