In a sort of spur-of-the-moment fashion, my husband Michael and I decided to take a day-trip to Santa Barbara, a little staycation/get away to replenish and refresh our souls—God knows we needed it. 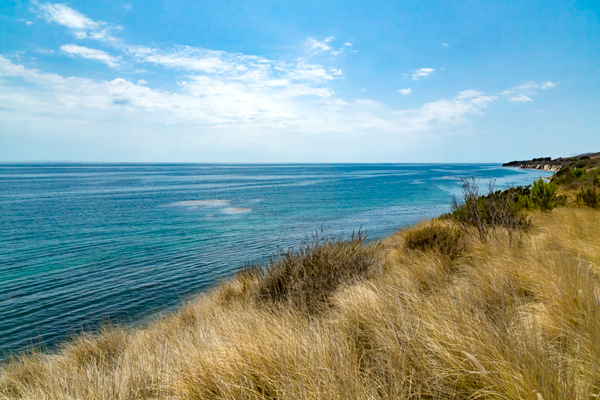 Santa Barbara is about an hour and a half to two hours north of us here in Los Angeles.

The traditional route is to take the 101 freeway all the way up, no doubt tangling oneself up in heinous traffic at some point, causing frustration, which defeats the intended purpose of an exodus from LA.

But who ever said that we're traditional people?

About a year and a half ago, when our son was with us while on leave, he suggested we all take a drive up to Santa Barbara. His only condition was that we take the “long way”, the more back-road route that twists and turns its way through Santa Paula and Ojai, his favorite route when he'd get the itch to go fishing out in that direction. And that's our son, he loves taking the unconventional routes, taking the roads less traveled.

He loves long drives, savors and relishes those winding roads that take one a little out of the way, because he intuitively knows that the fun and the adventure is in the journey to some place.

Ah, the wisdom of the young...

God was there, on that simple country road, urging us to let go, and to find ourselves, once again.

So my hubs and I decided to take his “back-road” route to Santa Barbara, and to simply take some time to breath, and experience a slower, less stressful pace; to experience some open fields, some rolling land, some valleys golden and green, with long blades of grass swaying in the breeze...

We left the house a little early so that we could arrive in Ojai in time for lunch, as we were craving wagu beef burgers from a wonderful little place called “HiHo!” Burgers (they only charge $10.95 for a truly gourmet “combo” meal!).

Before getting back on the road, to stretch the legs, which is actually more about appealing to our curiosity, we had a little stroll in downtown Ojai, the extent of which is a quaint little “main street” with boutique and artisanal shops. Michael purchased some locally produced orange blossom honey (his favorite) from one of the shops, and we slowly made our way back to the car to continue our journey to Santa Barbara.

We joked that when one goes to Santa Barbara, one truly needs to play some 70's folk music, some Neil Young, Cat Stevens, Joni Mitchel, James Taylor...you get the flavor.

And so Michael put on his Spotify list with all those classics, and we began laughing, and singing along, even making up new lyrics, and harmonizing—having a ridiculous and grand time like a couple of in-love fools.

And there was God, in the midst of all of that absurdity, in the midst of all that beauty, frolicking, and deep sighing when it all became too scrumptiously overwhelming for our bodies to hold. We both felt Him there, laughing and enjoying Himself right along with us, through us.

God was there, on that simple country road, urging us to let go, and to find ourselves, once again.

And on that road, a little piece of heaven was experienced.

We finally made it to Santa Barbara about 30 minutes later, and strolled around there for a while, poking our heads into various shops, enjoying ourselves and walking off our lunch a little more before stopping off at a quaint Danish bakery/cafe called “The Andersen's”, for their other-worldly apple strudel and there amazing double cappuccino dusted with cinnamon—we love that place. There we savored every bite, and sipped every sip intentionally, relishing every nuance of flavor and loving intention present in their preparation.

And there He was, once again...

There was God, in every bite of that marvelous apple strudel, in every sip of that double cappuccino.

There was that unmistakeable flavor of heaven, the taste of all the best that life has to offer in the most simplest of forms.

See, it takes so little, really, to find some pleasure in life.

And that concept couldn't have been any clearer to either of us during our trip back home after having the day out that we did, complete with the finishing touch of a walk on the beach there in Santa Barbara, taking a couple of selfies as the sky became golden and the tide came up.

We talked all the way home, full of life, full of enthusiasm, full of dreams for a fulfilling future.

We were bursting at the seams with hope.

We knew unequivocally, that God, heaven, is truly found in the winding back-country road that takes one a little out of the way, in an intentionally and thoughtfully prepared burger, and in a generous slice of lovingly prepared apple strudel.

Ah, how we can complicate things sometimes...

To realize that heaven does exist in the little things, that God is revealed in one's joy, laughter, and absurdity, in one's hopes and dreams, is to have the secret to life.

So thank you, son, for showing us the road to that little taste of heaven, the road that you somehow seem to have been born already knowing led to somewhere amazing, where heaven could be tasted, where God could be experienced... 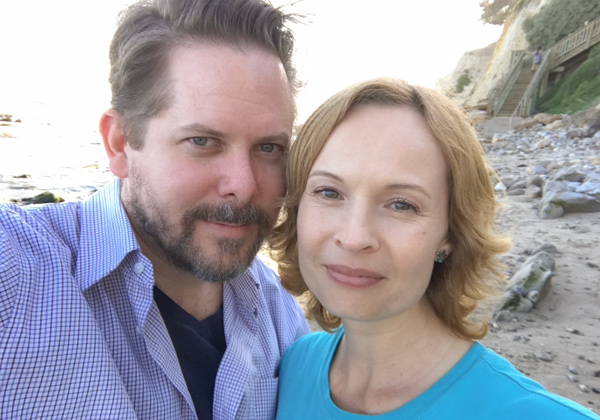 “From The Heart” is a space for me to share some of my more personal thoughts on life. Here you'll find my reflections on my own inner/spiritual journey; on being a wife and mother; on being a creative; and general observations, pretty much whatever is on my mind.

I whole-heartedly believe that sharing 'from the heart' with one another is what connects us, heals us, and inspires us! Glad you're here...

« From The Heart: Welcoming Our Son Home, and Looking Ahead to the next Chapter of Life
From the Heart: Little Inspirations »