My French onion chicken recipe combines the savory flavor of French onion soup with juicy, seared chicken breasts for an easy one-pan chicken dinner. Prepared with an abundance of deeply caramelized onions in a beefy wine-kissed pan sauce, the chicken is nestled into the sauce then topped with Gruyere cheese for that classic French onion flavor! 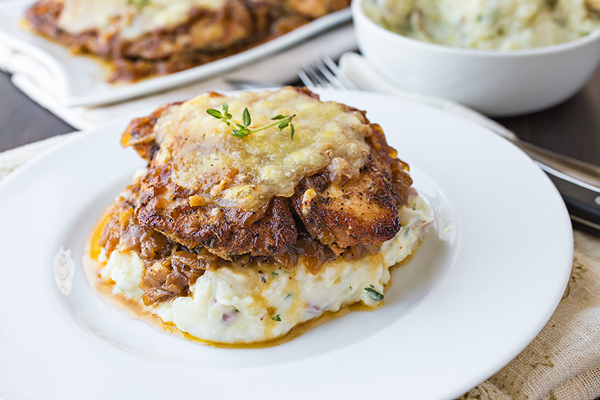 From the time I was a youngin’, all the way to present time, I've had an incredible soft spot for French onion soup. With its rich flavor and cheesy lid, I could never resist it any time I spied it on a menu, as it always tasted like such an indulgent treat!

When I created my recipe here for French onion chicken, I used my love of that classic, beloved soup as my guide, and coupled it with a desire to come up with an easy and super flavorful one-pan chicken recipe that could be whipped up in no time at all as a delectably cozy meal.

I thought it would be a fun and tasty task to implement all of those classic flavors, a deeply caramelized onion sauce, kissed with white wine and beef stock, some Gruyere cheese plus a sprinkle of thyme, and come up with a recipe that would both warm and comfort the soul.

Saucy enough to spoon over top of some mashed potatoes or rice, or even to sop up with fresh bread, my French onion chicken is a tried and true recipe perfect to prepare as a casual weeknight meal, or even when you long to nourish those you love for a special occasion. 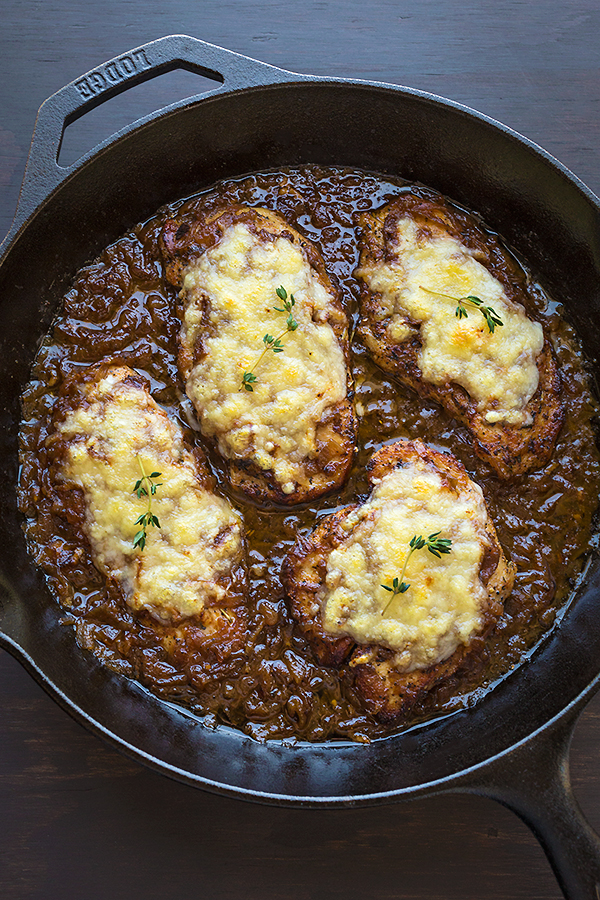 A French Onion Chicken Recipe for the Skillet

To prepare this savory one-skillet chicken dish, loaded with lots of French onion flavor, you'll simply need a few seasonings, several onions, some beef stock/broth, a hint of white wine, and a finishing topper of grated nutty and aromatic Gruyere cheese to melt over top of the chicken.

Because I find chicken breasts can be a bit large, I like to use two larger skinless, boneless breasts and cut them in half length-wise to create four thinner cutlets. That way, the chicken can be seasoned and seared to golden, flavorful perfection in just a few moments.

I follow up the chicken prep with the preparation of the sauce, which takes just a little longer to allow for the caramelization of the onions to a “jammy” deliciousness.

Here's a at my French onion chicken recipe: (or just jump to the full recipe...) 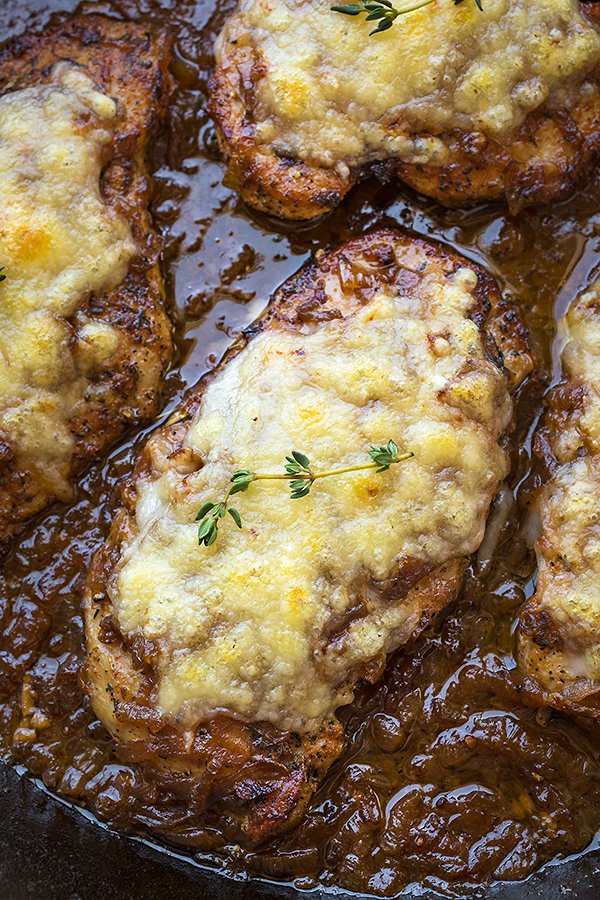 This French onion chicken topped with melted Gruyere cheese and thyme has all the savory flavors of classic French onion soup! 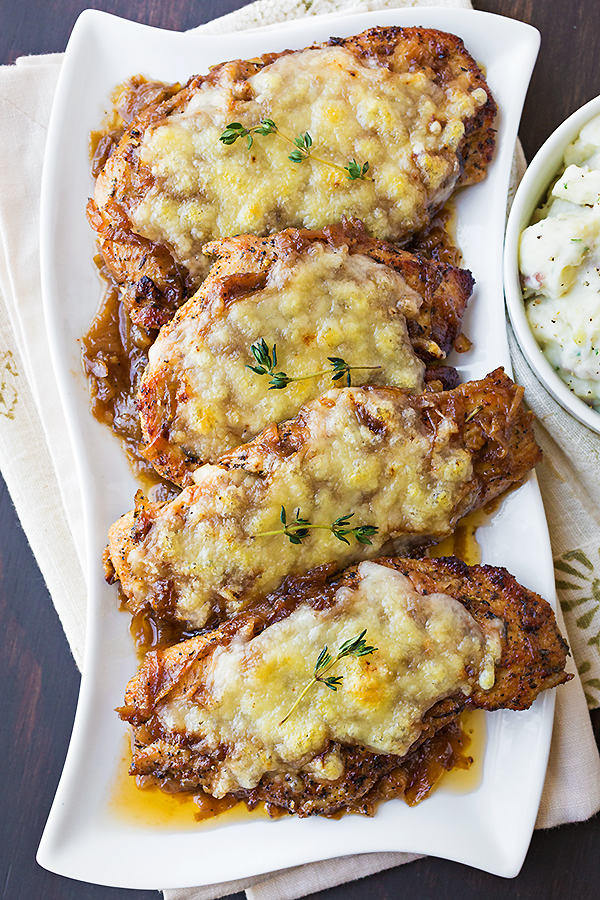 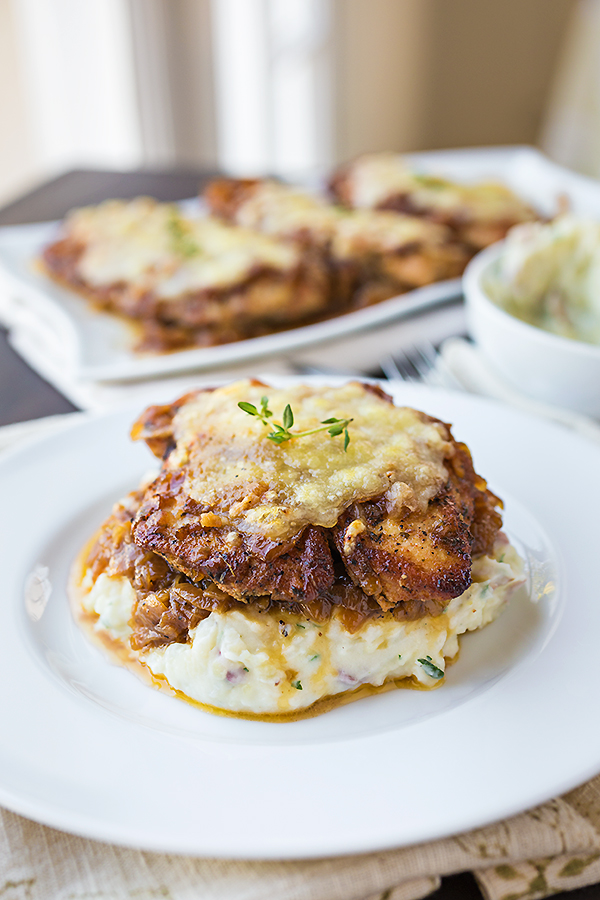 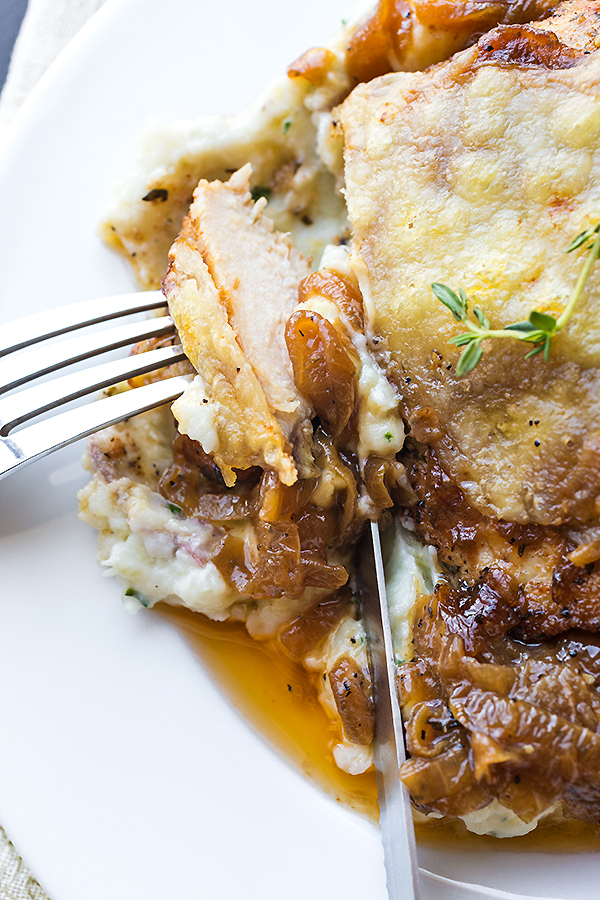 Hungry for more saucy and delicious chicken recipes? Check out these Braised Chicken Thighs, this Balsamic Chicken, this Stuffed Chicken Southwest Style, this Chicken Stroganoff, or this Chicken Pot Roast!

Cook's Note: This recipe was originally published in 2015, and has been updated with even more love!