My scrumptious penne pasta with spinach cream sauce is the epitome of a simple-yet-cozy home cooked meal. Prepared with a rich, creamy sauce made savory with the addition of sauteed leek and garlic, plus vibrant baby spinach leaves, this penne pasta recipe is a warming, love-filled bowl of deliciousness! 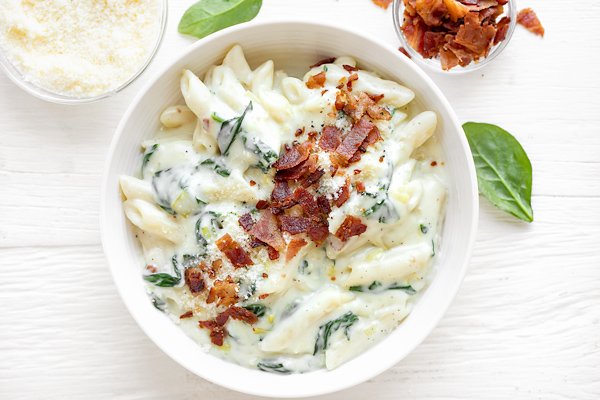 Creamy, savory sauces and pasta go together so very deliciously, don't they?

When they do come together, they seem to create a little bit of love in a bowl, a little magic, warming and nourishing not only the belly but the spirit as well with their richness.

Since I had a few extra boxes of penne on hand (one of my favorite varieties of pasta), plus a bag of baby spinach, I began craving a nice warm bowl of creamy pasta kissed with lots of savory flavors, one that's easy to prepare yet really hits the spot...

With the ingredients I had on hand, I whipped up a simple spinach cream sauce with some butter, leeks, garlic, a sprinkle of nutmeg, plus a touch of both milk and cream for a balanced creaminess.

Then, I added to this delectably rich and creamy mix some warm, tender cooked penne pasta and voila, the deliciously comforting and cozy pasta dish that I was craving was ready to be enjoyed!

Scrumptious just as it is or with the addition of some crispy bacon and freshly-shaved or grated parmesan cheese, a bowl of this tasty penne pasta is a new go-to meal in our household, and a special little treat any day of the week. 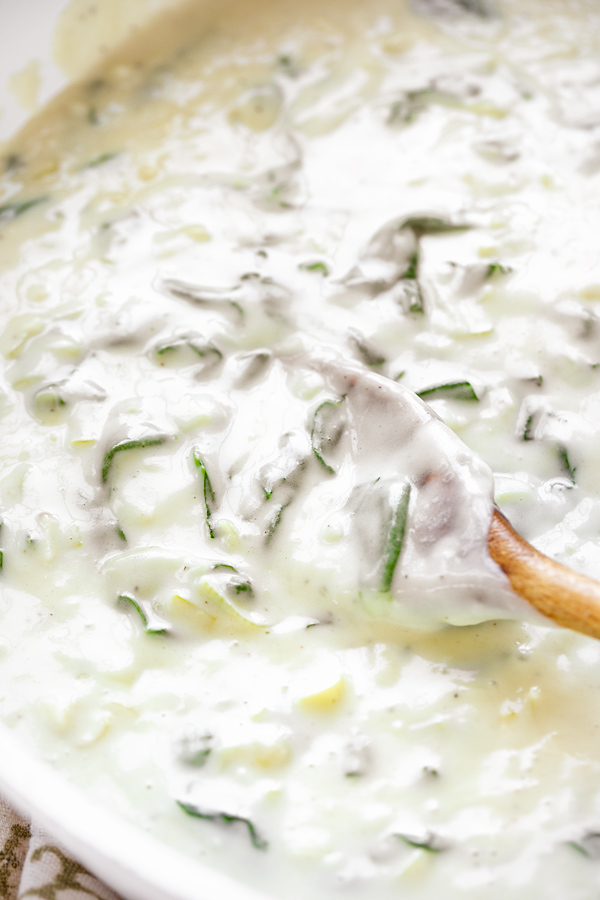 How To Make Penne Pasta with Spinach Cream Sauce

To prepare the rich and flavorful spinach cream sauce for the penne pasta you'll just a few savory ingredients: some butter, sliced leek, some garlic, a hint of seasoning, a sprinkle of flour, some milk and cream, and baby spinach, of course.

The sauce comes together in about 10-15 minutes, and then the cooked penne pasta is added directly into the sauce, and gently folded in to combine.

Here's a glance at my penne pasta with spinach cream sauce recipe: (or just jump to the full recipe...) 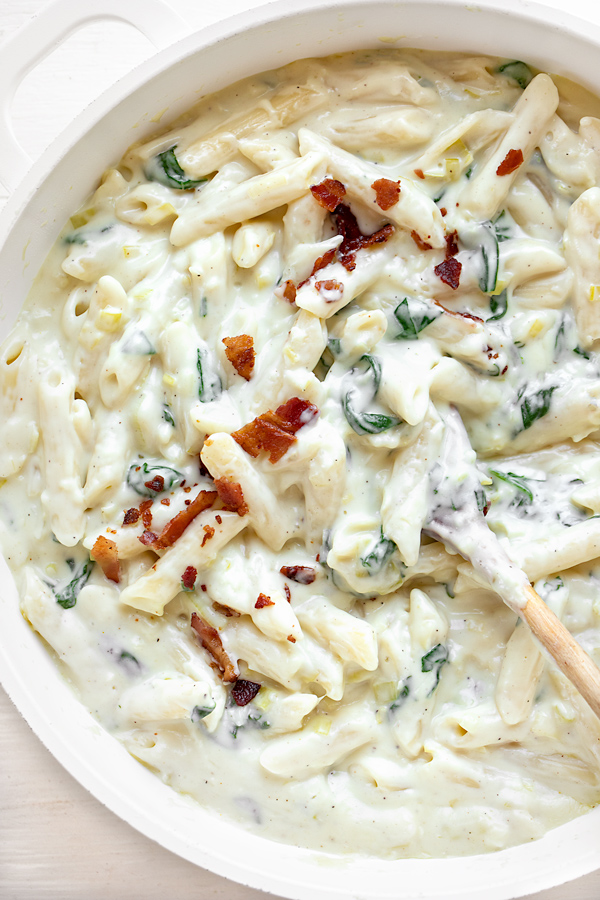 This penne pasta with spinach cream sauce is comfort food in a bowl, flavored with aromatic leeks and garlic for savory flavor!

Tips & Tidbits for my Penne Pasta with Spinach Cream Sauce: 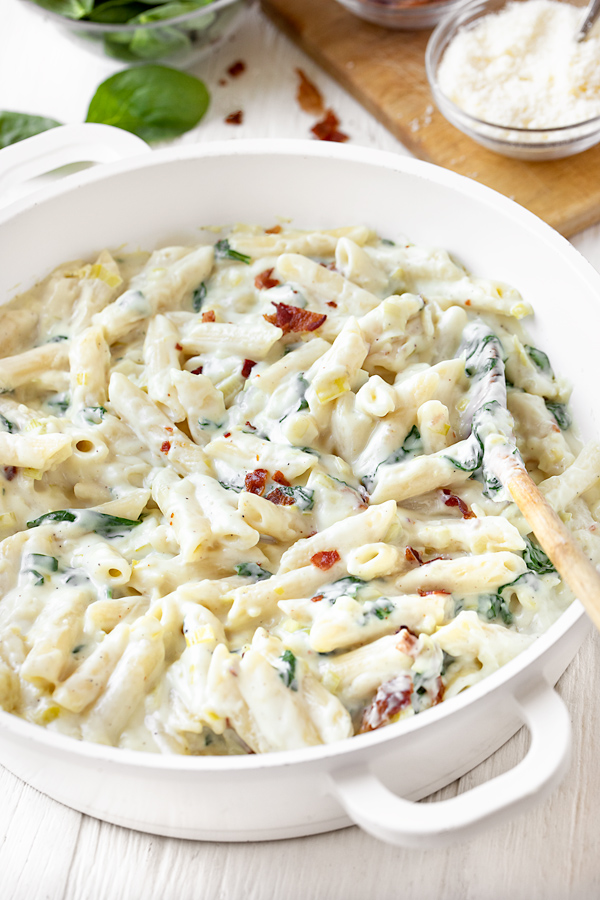 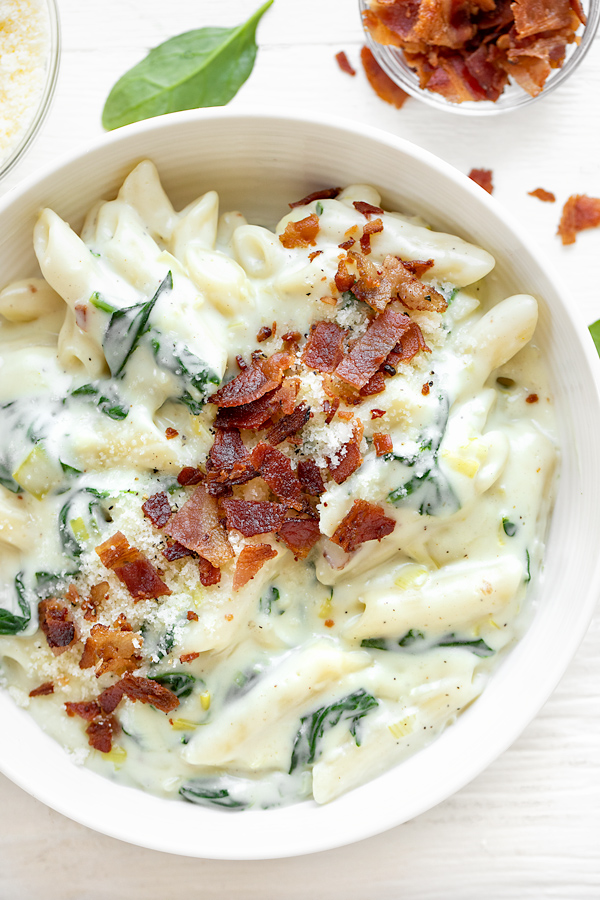