My stuffed baked potatoes are a breeze to prepare, and bring a colorful and healthy slant to dinnertime. Stuffed with a zesty mixture of smoky chicken sausage and fresh veggies such as zucchini, red bell peppers, yellow squash, diced tomatoes, and mushrooms, these loaded baked potatoes are the epitome of healthy comfort food! 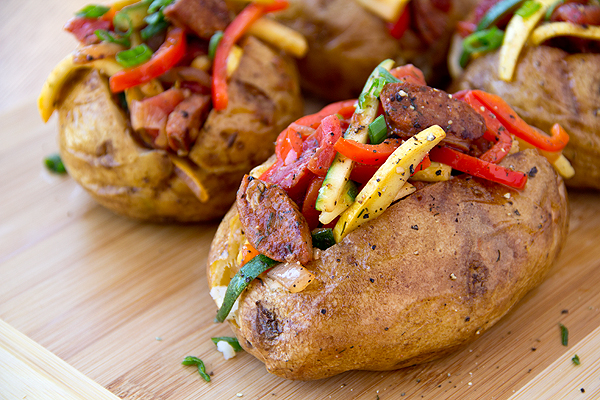 Baked Potatoes Stuffed To the Brim with Deliciousness

There are countless ways in which a big, beautiful russet potato can contribute to meal time.

Whether in soups and stews, mashed with a bit of butter and cream, or smothered in decadent toppings and served as a beloved side next to a juicy steak, the humble baking potato is a beloved fixture at the dinner table.

But a russet potato can also be turned into a complete meal in which it is the star player, deliciously baked and stuffed full of bright, colorful and healthy ingredients!

My mouthwatering stuffed baked potato recipe is a favorite healthy-yet-filling meal of mine, one loaded with lots of flavorful chicken sausage and onions, plus vibrant veggies such as zucchini, mushrooms, red bell peppers and yellow squash sauteed together with diced tomatoes and garlic.

Finished with a little sprinkle of dill and green onions for herby flavor, these juicy and savory stuffed baked potatoes are a terrific meal to prepare when you're craving cozy comfort food that fills and warms the belly, yet with a healthy slant! 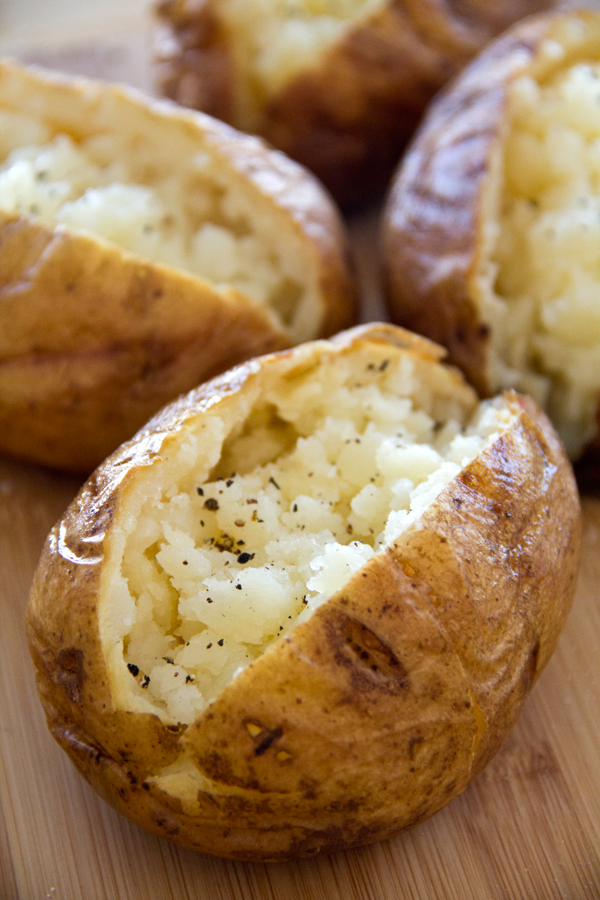 Part of what I really enjoy about preparing these stuffed baked potatoes is that the complete recipe comes together in about 45 minutes to an hour, basically the amount of time it takes to bake your russet potatoes until golden on the outside and fluffy on the inside.

I use a basic method to bake my potatoes until they're easily pierced with a paring knife. And while they bake, I prepare my simple-yet-zesty sauce brimming lean, smoky chicken sausage plus a whole slew of colorful and healthy veggies!

Here's a glance at my stuffed baked potato recipe: (or just jump to the full recipe 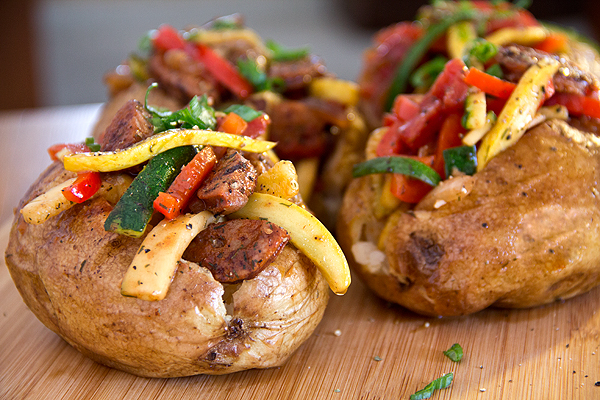 These stuffed baked potatoes are filled with chicken sausage plus an array of fresh, colorful vegetables for a vibrant and healthy meal! 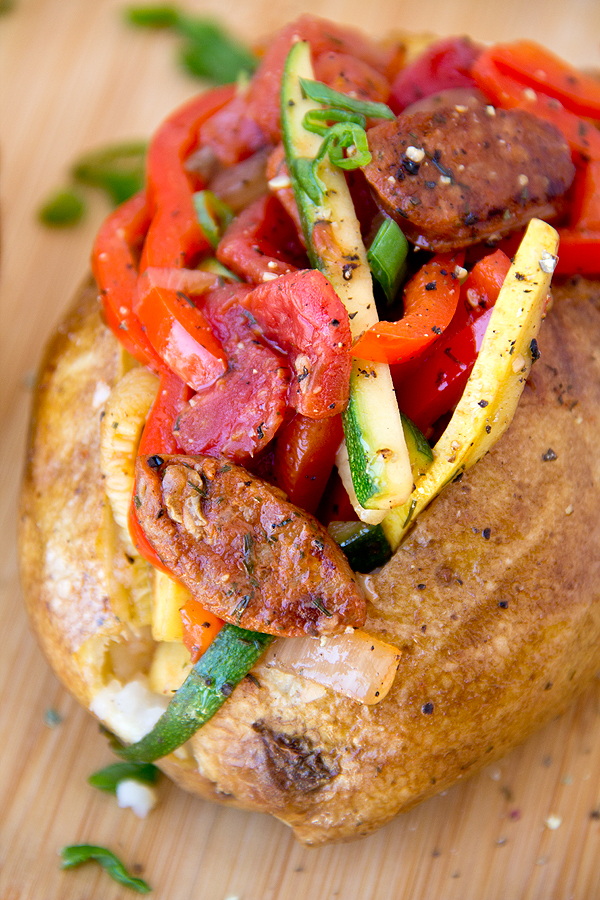 Hungry for more mouthwatering recipes? Check out these Stuffed Potatoes with Chicken and Broccoli Sauce, these Twice Baked Potatoes, these Cheesy Mashed Potatoes, or this Loaded Baked Potato Soup!

Cook's Note: This recipe was originally published in 2012, and has been updated with even more love!