My loaded baked potato soup is a hot, creamy and spoonable version of a delicious, gourmet baked potato! Prepared with chunks of freshly baked russet potatoes, plus some delicious twists like crispy prosciutto, chives, and a sharp white cheddar, this rich and hearty soup eats like a meal! 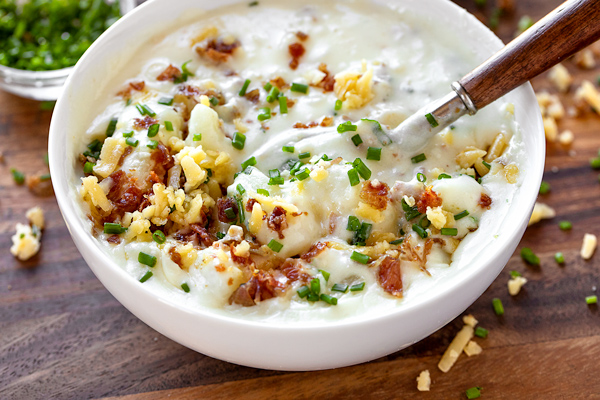 A spoonable take on a Loaded Baked Potato

A piping hot, classic baked potato brimming with lots of scrumptious cheese, bacon, green onions and perhaps even sour cream is a favorite decadent side dish for sure.

It's the ultimate in comfort food and deliciously hearty and deeply satisfying to cut into when a potato with some flair is what you're hungry for!

But what if I were to tell you that you could make a full meal out of a loaded baked potato, and enjoy it in creamy and spoonable form by way of a big, hot bowl of soup?

Brimming with chunks of freshly baked russet potatoes plus crispy prosciutto, chives and cheese, this hearty soup turns the loaded baked potato, a beloved side dish, into a comforting main meal! 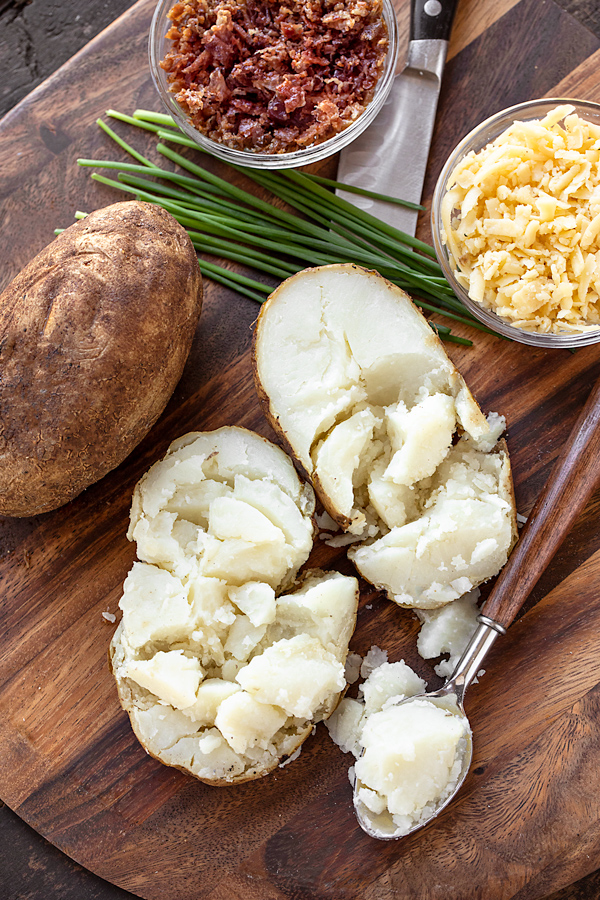 What I love about taking a classic loaded baked potato and turning it into a soup is the opportunity to have a little fun with the ingredients.

All of the traditional ingredients such as bacon, green onions and yellow cheddar are certainly scrumptious, but I like to give my loaded baked potato soup some extra flair and flavor!

For starters, I like to use russet potatoes that have actually been baked in the oven until tender. Then, I scoop out the flesh, coarsely chop it and fold it into the soup, rather than cooking cubed potatoes directly in the soup. This method gives your baked potato soup so much more flavor!

For the cheese, I love to use a block of sharp, aged white cheddar with bits of caramelized onions in it (from Trader Joe's), but you can certainly use your own favorite if you can’t find that one. But keep in mind, the sharper the better for this soup!

Here's a glance at my loaded baked potato soup recipe: (or just jump to the full recipe below...) 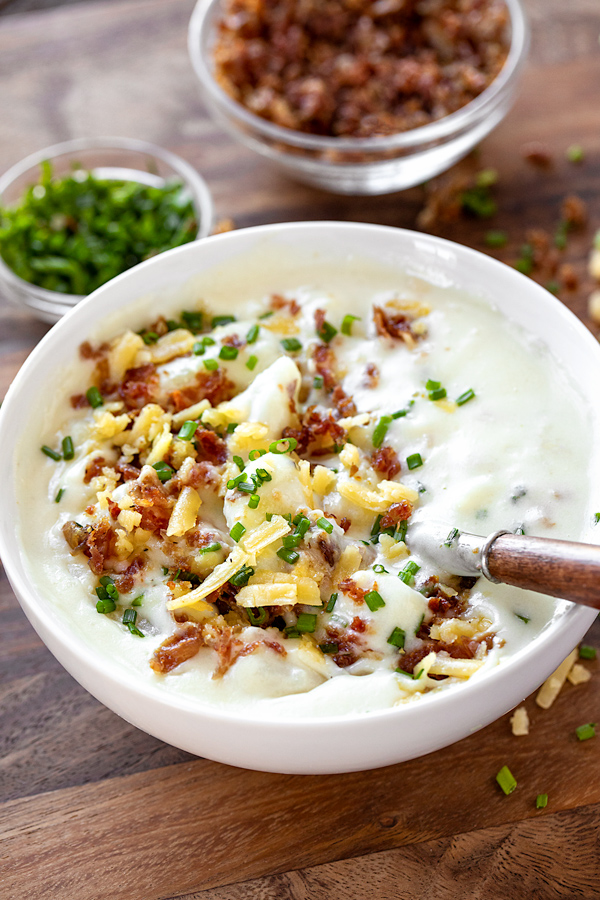 Tips and Tidbits for my Loaded Baked Potato Soup: 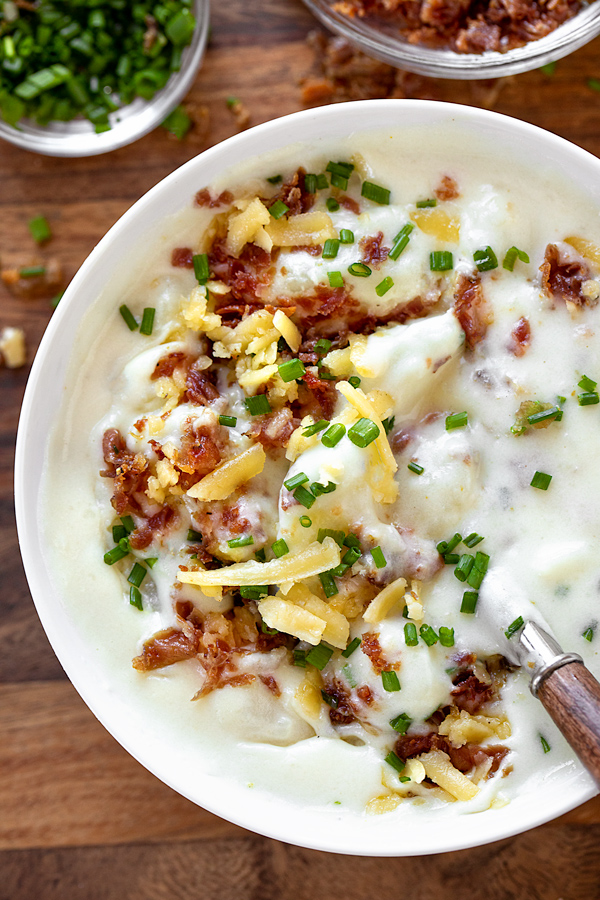 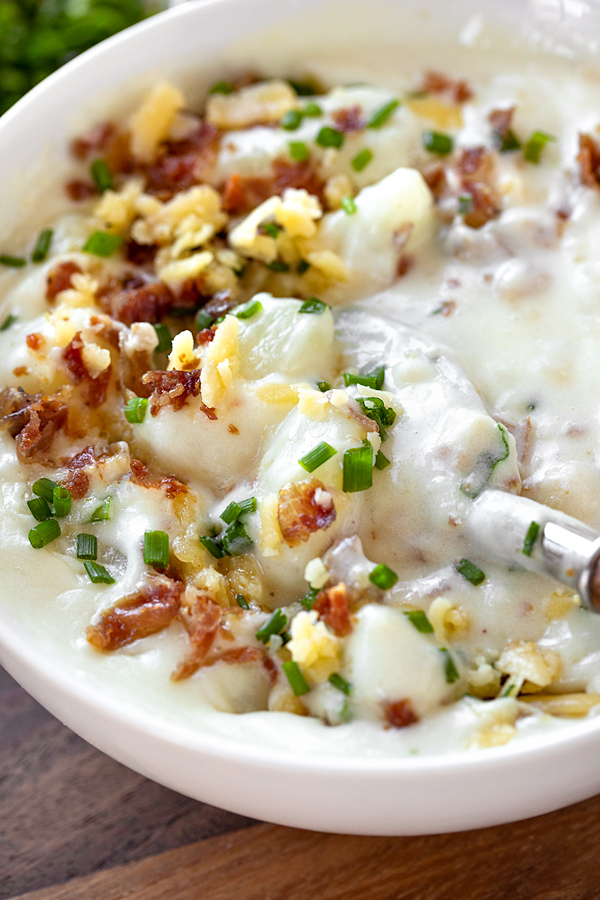