Nothing speaks of summer like the saucy, smoky flavor of a braised BBQ short rib sandwich with slaw; and nothing compares to the carefree ways and experiences—the freedom—of those last remaining days of wonderful summer. 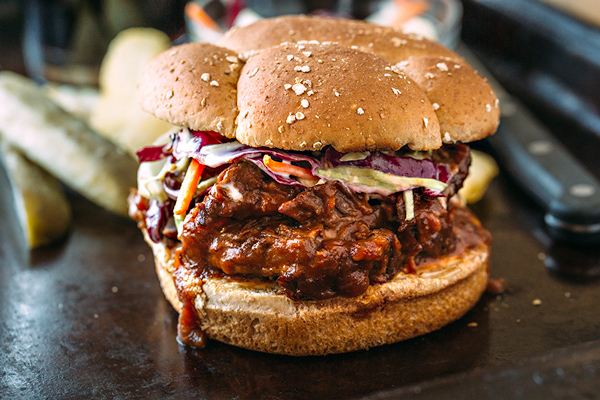 Do you ever wonder where the summers of our youth go?

Watching all of these back-to-school commercials that are now being played over and over again, I can all-too-well remember being a kid myself during those last fleeting weeks of summer vacation and having that terrible sinking feeling wash over me, one of sheer dread, when I would start seeing all of those darned ads for clothes, shoes, and school supplies begin to air.

“School supplies?!! Argh....we still have a week or two of vacation left, though!” 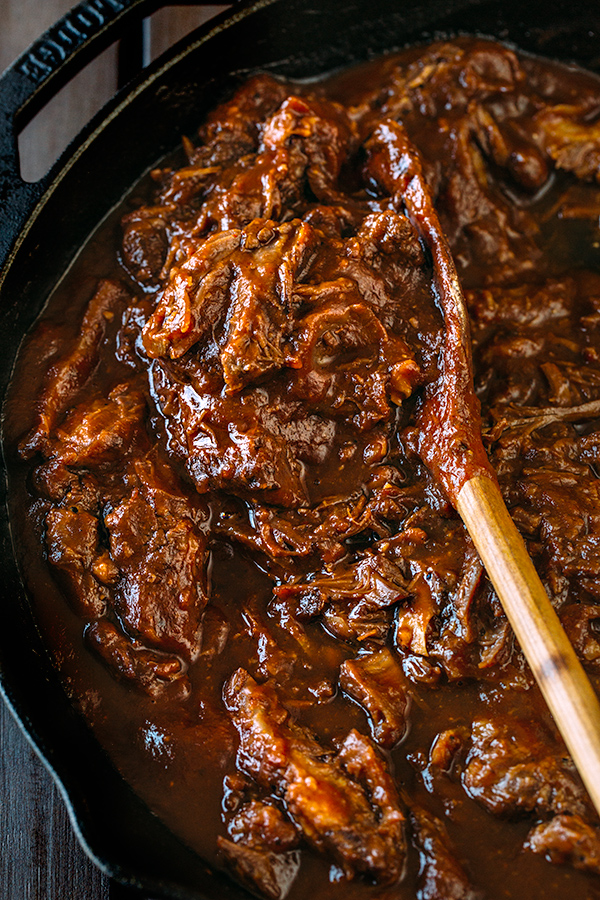 Once those back-to-schools ads started airing, it became a sad reality that the school uniform code would soon be replacing my running barefoot through the streets with not much more than my swimsuit on.

And those leisurely, long mornings spent in my pajamas eating cereal with abandon and with uncombed hair…?

Well, those would be mere memories on the wind soon, too, giving way to the rise-and-shine sound of my alarm clock that would now be placing me back on a schedule, all nice and neatly groomed. 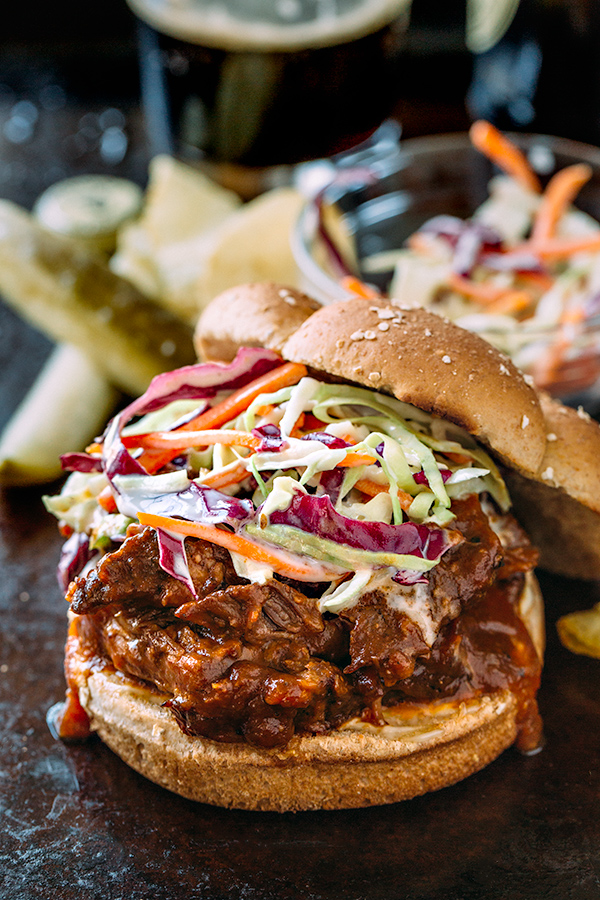 See, summers were a time of make believe; they were a time of popsicles and of listening for the ice cream truck to come into our neighborhood (a rarity back then), and of grabbing a sandwich on-the-go as mom yelled after me reminding me to come home before it got too dark, her voice fading away as I ran down the street to my best friend’s house to cause a little mischief.

They were a time of smoky scents on the breeze from neighbors grilling and BBQ-ing those delicious little burgers and saucy, messy ribs.

Or for those of us living on lakes or canals, there'd be a faint smell of gas from passing motor boats, and the gentle blip-blip sound of the tiny waves they produced as they lapped the shoreline.

Those scents and sounds of summer were so comforting, indeed. 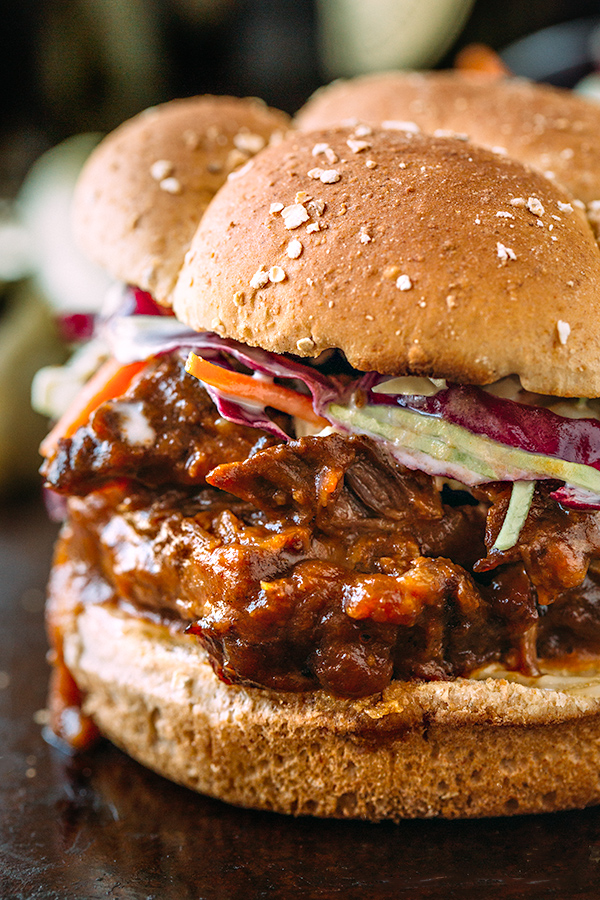 It's nice to reminisce about that period of life, and to now have some compassion for the youngsters that are going through their own rites of passage, struggling with these very same feelings, and with the reality that responsibility does exist, and is a part of life.

Where do the summers of our youth go to anyway?

Perhaps they rise and fade gently away into that golden sunset that is our memory. 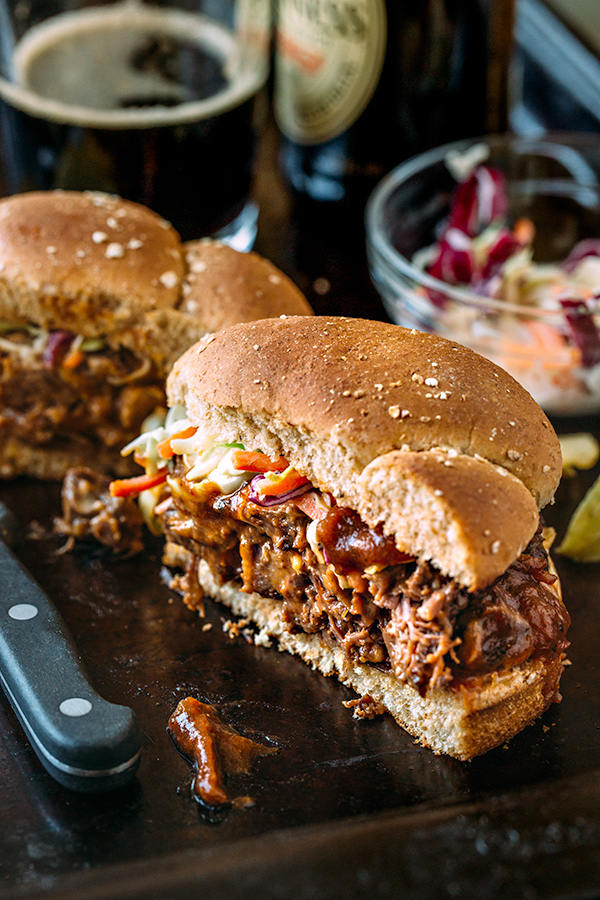 But I wonder if we listen intently enough, when it's very quiet and our world stands still, if we'll hear the giddy laughter of our childhood and the silliness in that far away place; that perhaps it always, somehow, remains protected, and captured as a photograph, there for us to look at, study, and admire as that time when our days were freer, and we were a bit more innocent.

May we never forget those days of summer…

-Place the ribs into a bowl and season with a couple of good pinches of salt and pepper.

-Place a large braising pan over medium-high heat, and drizzle in about 2 tablespoons of oil; once the oil is very hot, add the ribs in and allow them to sear and brown on that first side (about 4 minutes), then flip and brown on the other side, a few minutes more; remove from braiser and hold.

-Drain some of the fat from the braiser, leaving about 2-3 tablespoons; add the onions and saute those until lightly golden and softened, about 5 minutes; add in the garlic, and stir.

-Once the garlic becomes aromatic, stir in the tomato paste, cooking it for about 30 seconds, then add in the stout, the beef stock, and the BBQ sauce, and stir to combine.

-Nestle the ribs back into the sauce, and bring to a simmer; cover with the lid, and place into the oven to braise for about 2 ½ hours, or until fork tender and meat is falling from bone.

-Carefully remove the ribs from the braiser, and once cool enough to handle, shred the meat with a fork, and set aside for a moment.

-Puree the sauce that's left in the pan with a immersion blender, then place back over medium to medium-low heat, and gently simmer the sauce until slightly reduced, about 10 minutes; return meat back into the sauce.

-Assemble sandwiches by spreading a touch of mayo on top and bottom bun, then add some of the BBQ braised rib meat, then top with some of the slaw, and serve.

-Combine the mayo with the remaining ingredients up to and including the salt, and whisk until smooth; add the slaw mix into a bowl, and drizzle the dressing over top, and toss to combine; serve immediately, or keep cold.


« Thai Chicken Satay Salad, and Longing for the Coolness to Come In
Trail Mix Cookie Bars, and Taking the Sweet with the Salty »