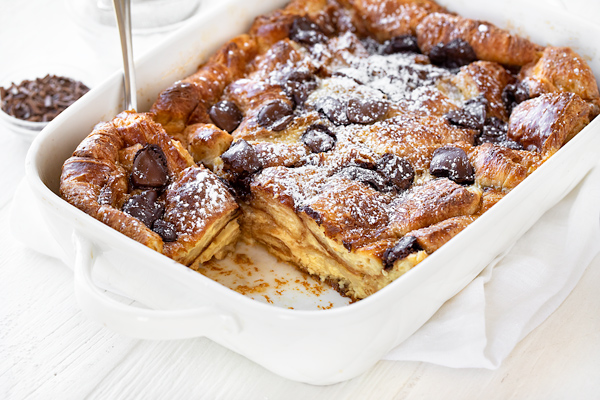 Cozying up with a little bowl of freshly baked, golden and puffy bread pudding is probably one of our favorite little indulgences.

Bread pudding is such a simple-yet-elegant dessert, especially when served with an espresso or cappuccino in the afternoon, or even enjoyed as a slightly naughty breakfast—it's irresistible!

And what I absolutely adore about making homemade bread pudding is that I can use any type of bread to prepare it, depending on what I'm craving. I've often used challah bread, or brioche, even substituted cubed-up cinnamon rolls as a decadent alternative.

So when I decided to fiddle around a bit and prepare some delicious bread pudding for us recently, I thought I'd try something new and use croissants in place of bread—so delicious!

Because I really enjoy Pain au Chocolat, which is basically a croissant-style pastry filled with dark chocolate, I even sprinkled over top of my croissant bread pudding recipe some rich chunks of dark chocolate for added flair!

For us, this croissant bread pudding kissed with chocolate is a truly special, cafe-inspired dessert, and when we dollop some homemade Chantilly whipped cream over top of the warm bread pudding, we feel a bit like we're in dessert heaven! 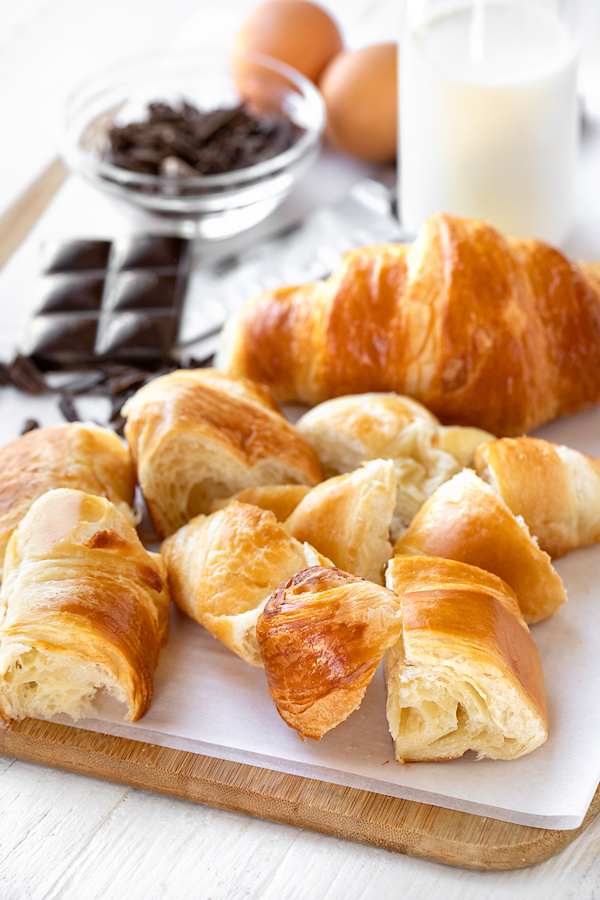 How to Make Croissant Bread Pudding

Because croissants can be quite delicate in texture, they would likely dissolve in the custard if they weren't slightly toasted and dried out a bit first.

So I begin by cutting about a pound of croissants into large cubes, then arrange them in a single layer on a large baking sheet, and then bake for about 12 minutes, until slightly toasted and crisp.

Once slightly cooled, the croissant cubes are combined with the sweetened, vanilla-infused custard, topped with some chocolate, and baked off until hot, golden and puffed to perfection!

Here's a little peek at my croissant bread pudding recipe: (or just jump to the full recipe 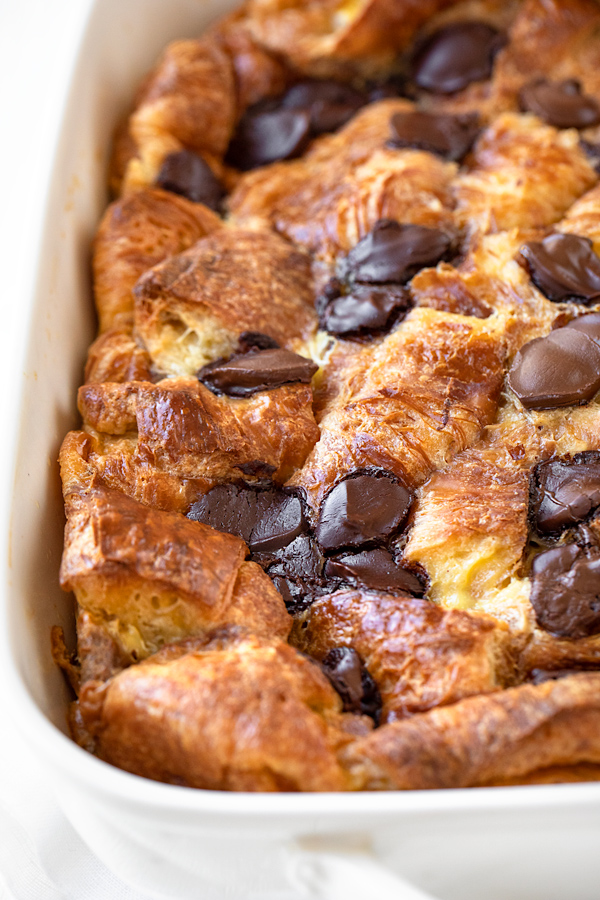 This warm croissant bread pudding is studded with chunks of dark chocolate, and served with sweet, Chantilly whipped cream! 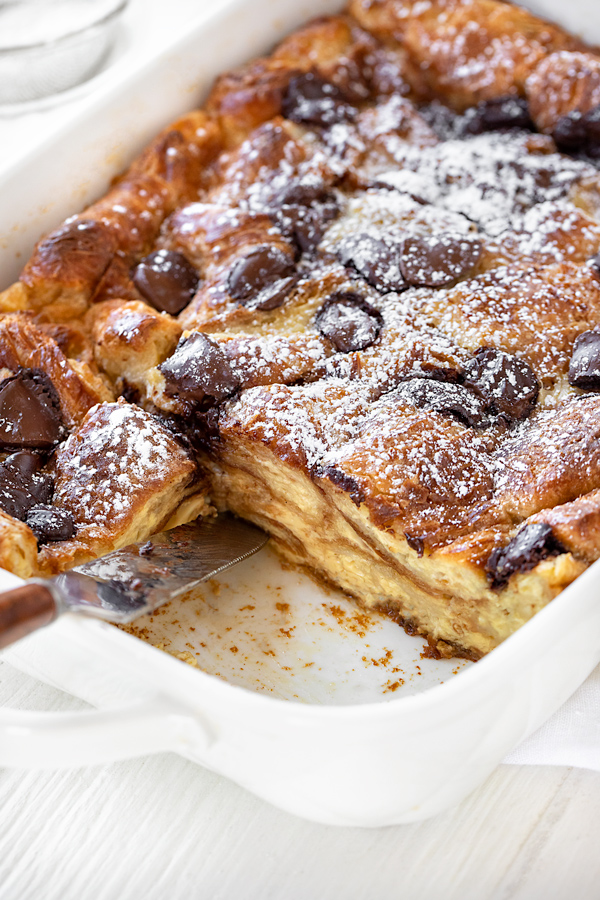 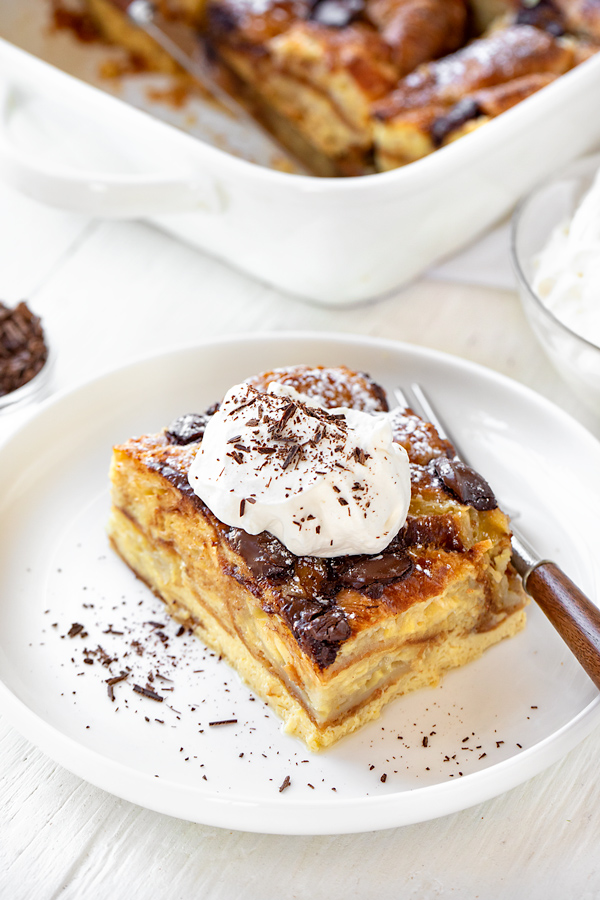 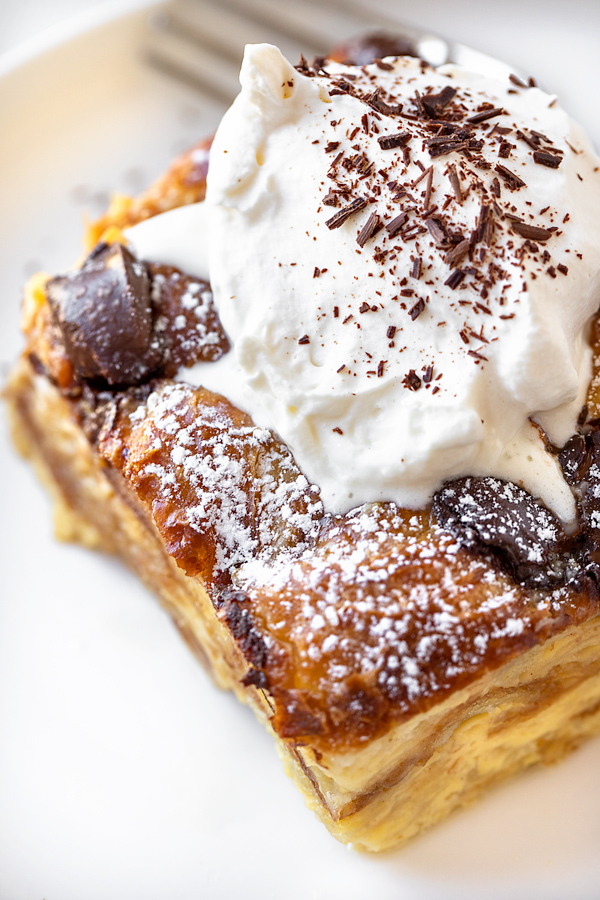 Craving more sweet and cozy desserts? Check out this Bread Pudding, this French Toast Casserole, these this Cinnamon Roll Casserole, or this Brownie Cake!