Home / Entrees / Burgers & Sandwiches / Falafel Wrap with Spicy Hummus, and Seeking out Those Flavors That Elevate and Warm Instead

A falafel wrap with a spicy hummus contains those warming spices that make the body feel alive and vibrant; and it's a perfect meal to serve as a reminder that it is better to look for those flavors in life that lift one up and help one to see the potential good in something, rather than to become enslaved to flavors like fear that cause one to see what could be wrong. 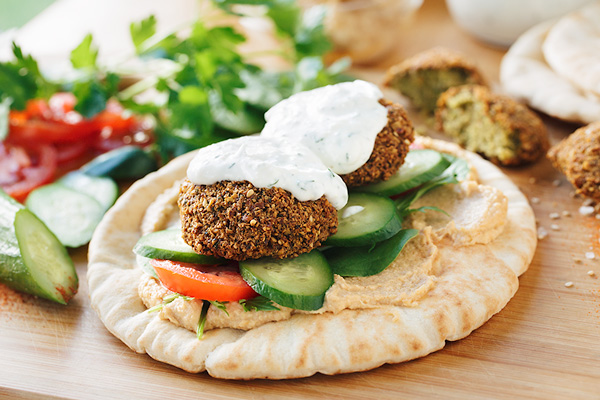 It's not that difficult to understand why, by the time one becomes an adult and has gone through a myriad of ups and downs in life (especially the downs), that one would prefer to protect one's self and keep a watchful eye out for any potential troubles that may lie ahead and jump out, sabotaging joy.

It's a form of self-defense, a way of tiptoeing into life looking out for those things that may harm or hurt, for those things that seem wrong with a particular picture in order to try to avoid pain or loss, rather than to be open to and aware of what may be right about it, or at least remain neutral until real cause for suspicion or alarm is revealed.

Does that make sense? 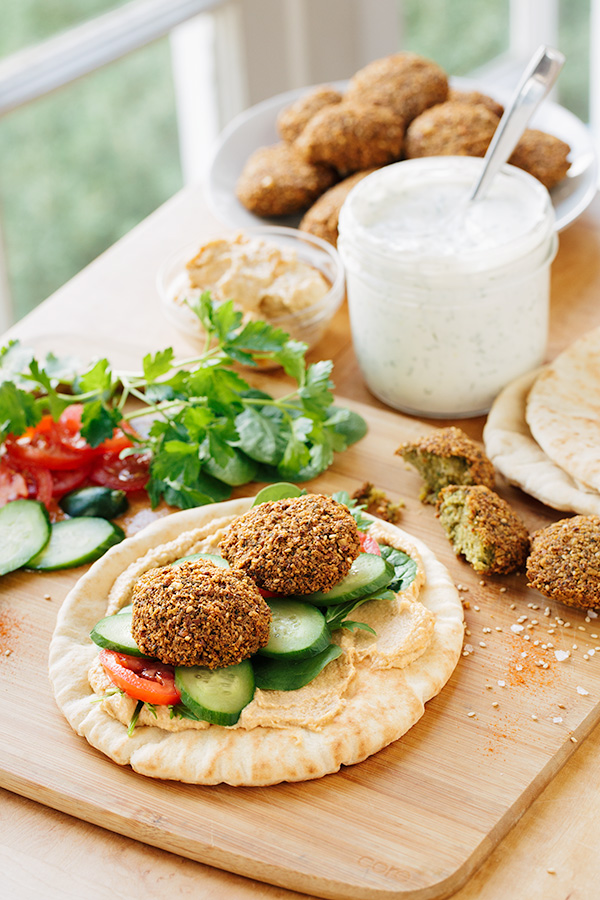 Just to share openly, I recently realized that perhaps I'd quietly slipped into that mindset a little bit myself when a question presented itself in my mind, almost like a voice asking me, as I sat on my couch watching television.

The question that materialized out of what seemed like the blue was, “Do you tend to look for what's wrong with something, first? Do you look to find a potential problem when examining something?”

"Where did those questions just come from?"

And the truth is, I tried to shrug the questions off, forget they even entered my consciousness, but I just couldn't; there was something nagging about those questions, something that cut to the very center of me.

They were pointed and demanded my contemplation, and an honest answer from me.

They were attempting to get to the truth. 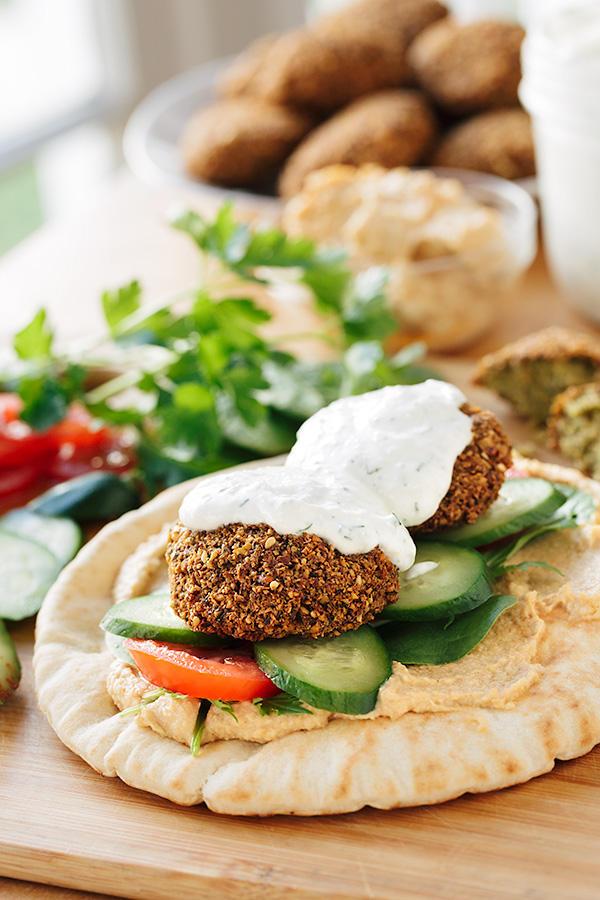 See, I made the connection in that moment that I had recently experienced several minor instances in a row where I ultimately found that I had jumped to conclusions, had gotten worried, only to have it revealed to sheepish me that it was premature and without merit—my imagination and racing mind had gotten the better of me, causing me undue burden and a feeling of heaviness and stress that ended up being unwarranted.

And it was after those questions presented themselves that I instantly knew that if I wanted genuine relief going forward, then I'd best do a little soul mining about how I'd been approaching things lately.

"What is my mentality about life's experiences?"

"Through what prism do I see things?"

And while it's hard to admit, I realized after sitting and thinking that what I was ultimately dealing with was a "fear of loss".

There's a quiet fear, somewhere in the back of my mind, that all those things that I've so diligently worked for in life, and put my heart and soul into will disappear; that perhaps there will be a loss of those people that I love, or that life will somehow be stopped short just when things are getting interesting.

And that's not easy to admit out loud, but it's real. 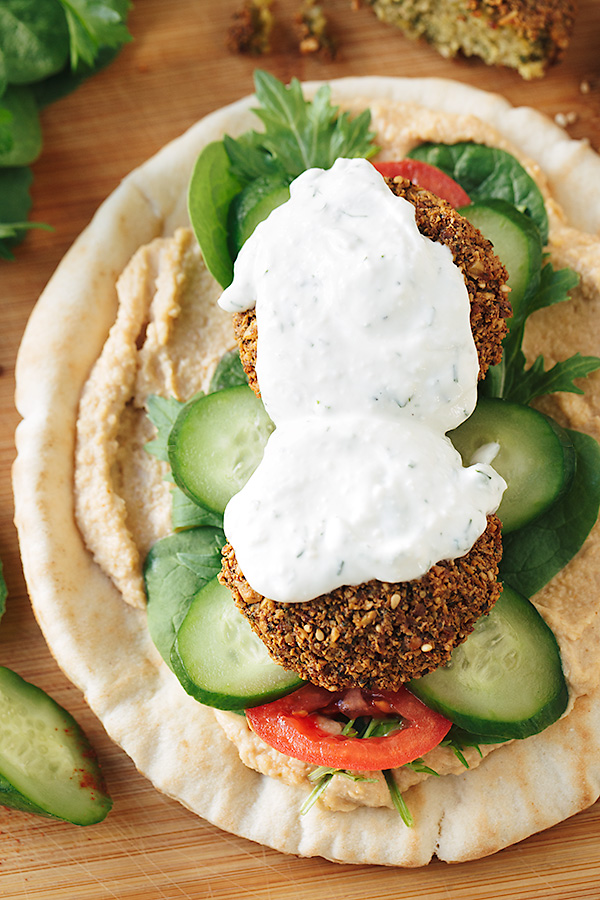 But here's what I gained from that contemplation: that I have a choice going forward.

I can decide to give more credence to a way of approaching things that involves looking first and foremost at potential problems to be found with something, potential ways that things could crumble...

Or, I can actively pursue the flavors in life that elevate and warm, and contain within them the delicious possibility that things will go splendidly well or even beyond what I had hoped for.

And that is truly what I desire.

I want to go forth into life's experiences as a child would, with eyes big and open, and a willing spirit still brimming with innocence.

I want to be an audience member to a film which I don't yet know the ending of, and feel just fine about that; because it's a ride worth taking and being surprised by.

I desire abundance and expansion for my life, not contraction.

Sometimes, however...a little bit of fear can slip in there ever so quietly and wreak some havoc.

It is not a pleasant flavor at all, and I do not wish to experience it on my palate in any perpetual way—at least I firmly know that. 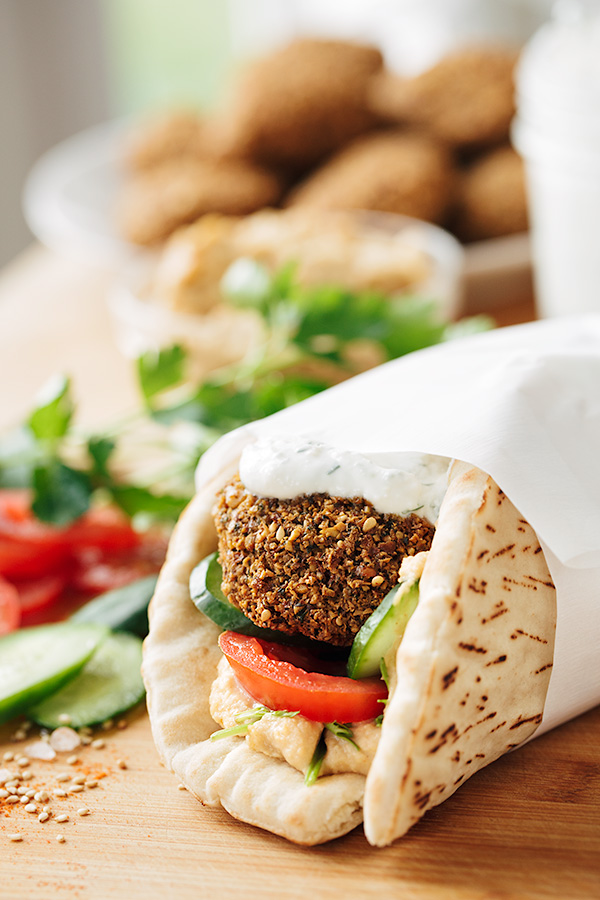 And so for me, I know at that gut level that choosing the flavor of hope and the potential for positive is what is most healthy and therapeutic for my soul and for all of my life's pursuits; it is a warming spice that enlivens and awakens, and energizes rather than depletes.

Yes, it'll certainly take some consciousness and some work on my part, but life is all about the “work”.

So in the spirit of all of that, here's a little recipe for a zesty falafel wrap with spicy hummus, full of warming and elevating flavor; may it serve as a reminder to take a bite out of life, and to first see all that is right and positive, or at the very least, to see the potential for what could be right.

-To make the falafel, add the 2 cups of dried chickpeas into a large bowl, along with the baking soda, and add in enough water to cover them by about an inch or two; cover in plastic wrap and allow them to soak for about 16-18 hours out on your counter top.

-Once soaked, drain and pat dry very well with a paper towel; add to a food processor, along with the onion, cilantro, and all of the ingredients up and including the chili powder, and process until fairly smooth/finely crumbly, yet well-blended; spoon into large bowl, cover, and chill for an hour.

-Once chilled, stir in the baking powder and the sesame seeds, and then, using a ¼ cup scoop, form the mixture into small patties, carefully pressing between your palms (the mixture will be fairly crumbly, but should still hold together well enough if you squeeze the mixture together), and place onto a parchment paper-lined baking sheet to hold.

-Fill a medium sized pot with enough of the vegetable oil to deep fry (I used 4 cups) and with the heat on medium-high to high, bring the oil up to around 375°; once hot, carefully lower in a few falafel patties at a time, allowing them to fry for a few minutes until golden-brown; remove and drain on a wire rack, and repeat with the remaining falafel.

-To make your wrap, spread some of the spicy hummus on the pita bread, add a few greens plus some tomato slices and cucumber if using, then top with about 2-3 falafel, and drizzle generously with the lemon-garlic dill sauce; wrap and enjoy hot. (*You can also cut the fried falafel patties in half, which is something I like to do; it's a little easier to make the wrap that way, and easier to bite!)

-Place the garbanzo beans into a food processor along with the remainder of the ingredients up to and including the salt, and process until well blended; with the processor running, drizzle in the oil until everything is well combined and smooth; keep in a covered container in fridge until ready to use.

-Place all ingredients up to and including the black pepper into a food processor, and process until smooth and well-blended; add in the chopped dill and pulse just enough to incorporate and blend in the dill; store in covered container in fridge until ready to use.


« Steak and Ale Soup with Mushrooms
Sizzling Shrimp Fajita Stir-Fry, and Seeking out the Elusive Flavor of Balance »